The victim, LaVonda Mosley, was a mother of five kids and one of thirteen siblings.
KFSN 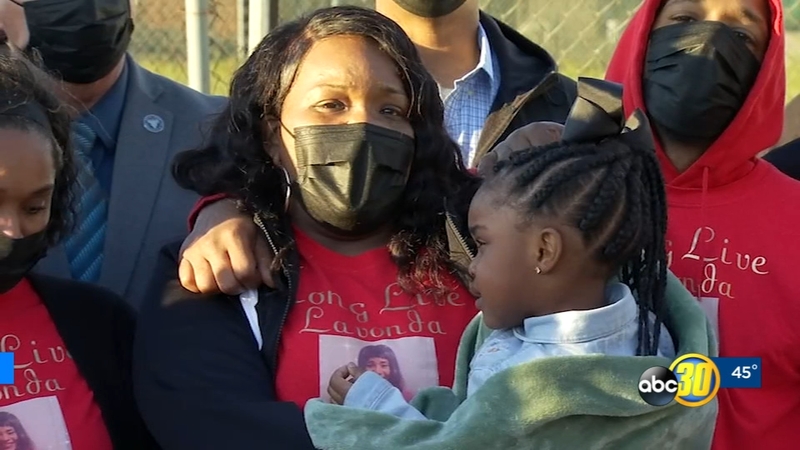 FRESNO, Calif. (KFSN) -- UPDATE: Fresno police have made an arrest in connection to the hit-and-run crash.

30-year-old Marshay Whitmore was taken into custody on Tuesday on charges including vehicular manslaughter.

In tears, Inez Hill and her siblings held each other close at their mother's memorial that sits steps away from where she was hit and killed by a car.

The driver left the victim, LaVonda Mosley, to die along the roadway.

Mosley's children say she was attempting to get to the bus stop to catch a ride home when she was hit by the car off Elm and Grove on March 5th.

They're in disbelief, not only that their mother is gone but that the driver has yet to turn himself in to authorities.

"What type of human goes to sleep knowing they've made a tremendous mistake?" says Inez.

Mosley was a mother of five kids and one of thirteen siblings.

Her family says her smile matched her loving and bright personality.
Fresno police, some who responded to the tragic crash, were at the vigil to comfort the family.

Investigators say the car that hit her has been recovered, but no arrests have been made yet.

They are urging anyone with information about the case to contact them.

"We pray that you have peace and comfort... We promise to do our job in the city," he said.