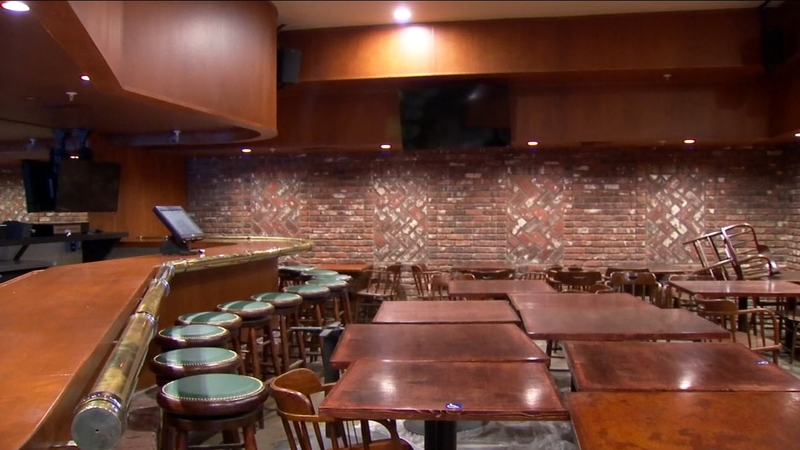 FRESNO, Calif. (KFSN) -- Livingstone's, the popular Fresno restaurant and bar in the Tower District that was closed down two years ago after a disastrous fire, is set to rise from the ashes -- and that could be as early as next week.

An arson fire caused almost half a million dollars' worth of damage to the establishment on December 20, 2016.

If the restaurant passes final inspection, it should be ready to open next week.

The exterior may not look great but inside, the restaurant has gone through a complete makeover.

It is much brighter inside than it used to be and the bar is just about ready for business.

Major repairs have been completed and talk of a grand re-opening has generated a buzz in the Tower District.

"It was very tragic, especially how it happened. It put a lot of people out of work and it closed a mainstay in the Tower District," said Tower Marketing Director Daniel Renteria.

Across the street at Ruben's Barber Shop, Reuben Contreras and his son Rene have looked on with great interest. he popular eatery is expected to draw more foot traffic and business.

"The street has kind of slowed down. It's getting kind of darker in he evenings. Not as many passerbyers. We've just been waiting for it to open," Rene Contreras told Action News.

Rene's father Reuben has fond memories of not just Livingstone's but another eatery which operated in the same building a long time ago.

"I used to go there, my wife and I, went there back in the 50's when it was called The Tower House," Reuben said. "We'd treat ourselves to a $7 steak."

The kitchen at Livingstone's is almost ready to start preparing lunch and dinner.

"It's really important. People that may not know the shops here walking by, more people, strummers next door," Rene said.

The restaurant owners did not wish to talk publicly about the journey back.

The city of Fresno still has to sign off on the project. An inspection on Thursday revealed minor issues still need to be taken care of.