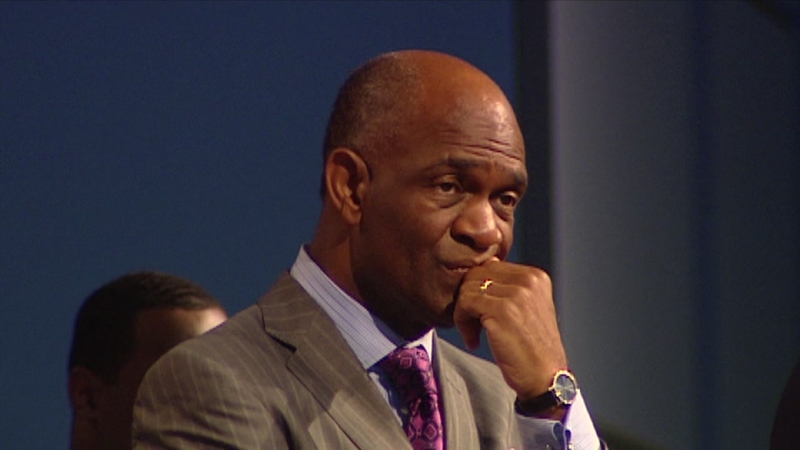 Kirbyjon Caldwell, 64, is the senior pastor at Windsor Village United Methodist Church. The church is one of the largest protestant churches in the United States.

According to court documents, Caldwell and 55-year-old Gregory Alan Smith raised nearly $3.4 million through a Chinese bond scheme to defraud approximately 29 investors from April 2013 to August 2014.

The two allegedly promised high rates of return -- sometimes up to 15 times the value.


"In reality, the bonds were mere collectible memorabilia with no investment value," court documents stated.

Smith is accused of abusing his influence and status with the Smith Financial Group in Shreveport and Caldwell leveraging his status as pastor to lure investors in Historical Chinese bonds.

These bonds were issued by the former Republic of China prior to losing power to the communist government in 1949. They are not recognized by China's current government and have no investment value.

WHO IS KIRBYJON CALDWELL? News of the pastor's indictment is sure to reverberate through Houston and even the country.

None of the investors received any money back, court documents stated.

Caldwell once served as one of President George W. Bush's spiritual advisors. He is currently listed as a limited partner with the Houston Texans.

The Texans released the following statement, "We have recently been made aware of a report involving Kirbyjon Caldwell. We are gathering more information and will have no further comment at this time."

Sources close to the investigation tell me Pastor Kirbyjon Caldwell, who officiated Jenna Bush’s wedding, is making arrangements to turn himself in next week to 10 days. #abc13 https://t.co/5GMtMAftMs