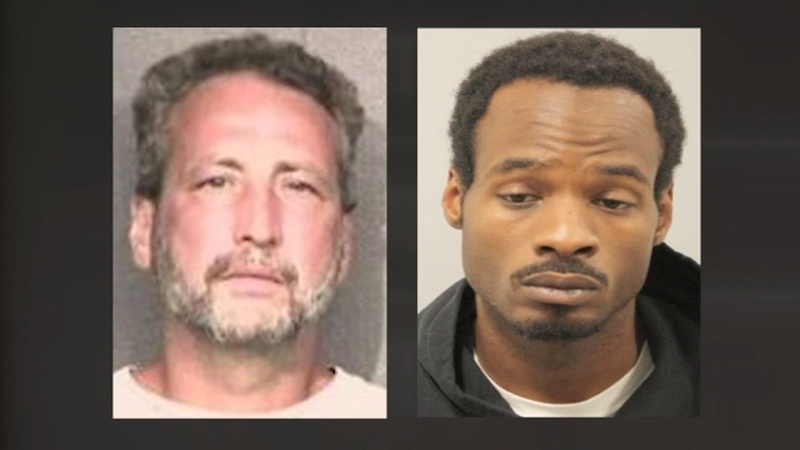 Inmate says he told police where Maleah's body was, days before Quanell X

HOUSTON, Texas -- An inmate in the Harris County Jail claims he first alerted Houston police to the location of 4-year-old Maleah Davis' body nearly a week before her remains were found in Arkansas.

David Chalfant and Derion Vence are both housed in the protective custody floor inside the jail.

Chalfant is awaiting transfer to prison on an armed robbery conviction, while Vence is charged with tampering with a corpse in connection with Maleah's disappearance.

Inmate reportedly told police where Maleah's body was, days before Quanell X did..

In the exclusive interview, Chalfant said Vence initially told him, "She died from the flu in her sleep. I told him, 'Nobody's going to believe that. There are pictures of her walking behind you. She wasn't sick.'"

"I asked him, 'Why did you hide the body?' and he said he panicked because of the time she had fractured her skull before," Chalfant explained.

On Saturday, Chalfant said not only was he aware of the location of the remains, but that Vence told him exactly how she died.

"He said she was sitting on his lap and he tossed her off and she hit her head," Chalfant said.

ABC13 EXCLUSIVE | Brittany Bowens, the mother of 4-year-old Maleah Davis, talks about the new reality of her daughter's death.

Chalfant said he then forwarded that information to detectives and has still not received a response.

Social activist Quanell X was credited with getting the confession from Vence which ultimately revealed the location of Maleah's body.

Chalfant said he is the one who initially gave the location along with a handwritten note he gave to detectives, based on information from Vence shared with him.

Craig Davis, wearing a white shirt and sunglasses, appeared emotional, but remained calm as he thanked those in the crowd.

"Why did they wait to act on that?" he asked.

Chalfant didn't realize that by the time the remains were located, the black trash bag containing them had been plowed over by a highway maintenance crew, compromising whatever evidence was there in its entirety.

Visibly emotional, he said, "Do you mean they may not have a cause of death? Does that mean he won't be charged with murder?"

Chalfant believes Quanell X was brought in to prevent him from qualifying for the reward money offered for finding the little girl.

He said he intended to keep a small portion of the reward, and return the rest to the people who pledged cash to bring her home.

ABC13 Eyewitness News reached out to HPD for a response, however a spokesman said the department does not have a comment on this ongoing investigation.