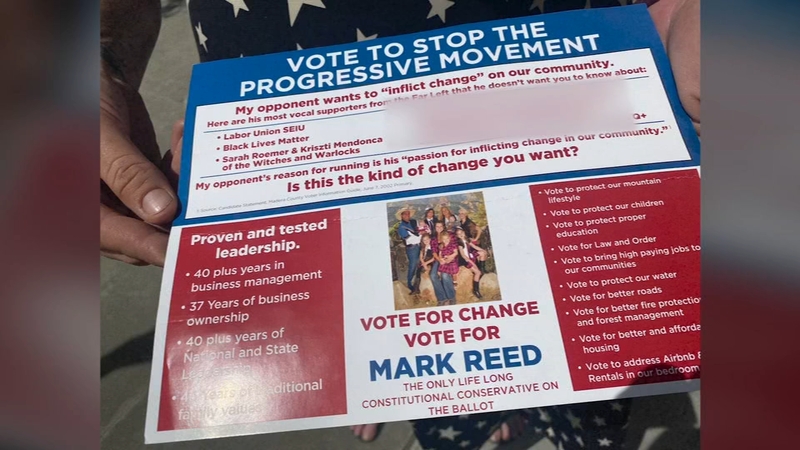 Sara Roemer was identified as being "of the witches and warlocks."

She took part in a Halloween paddle event by the same name at Bass Lake but now says she worries for her safety.

"I'm wondering if I need to fear extremists or zealots inspired to violence by his false claims," she said.

Kriszti Mendonca was associated with the same group. But another woman was listed as the founder of Oakhurst LGBTQ+.

"It is astounding that his campaign thought that attacking LGBTQ and BLM was a good idea," Mendonca said. "Who does that in the 21st century?"

"If Mark Reed has evidence of these accusations and of these comments, then we would be more than happy to see them," says community advocate Loralee Bergdall.

Reed said the candidate he refers to in the mailer who wants to "inflict change" is Bobby Macauley.

In a statement to Action News, Macauley said, "There is no place for any attempts to intimidate voters in today's political climate regardless of one's beliefs. It sets a dangerous precedent and erodes election integrity."