Princess Diana, Kate Middleton and beyond: Royal wedding dresses through the years 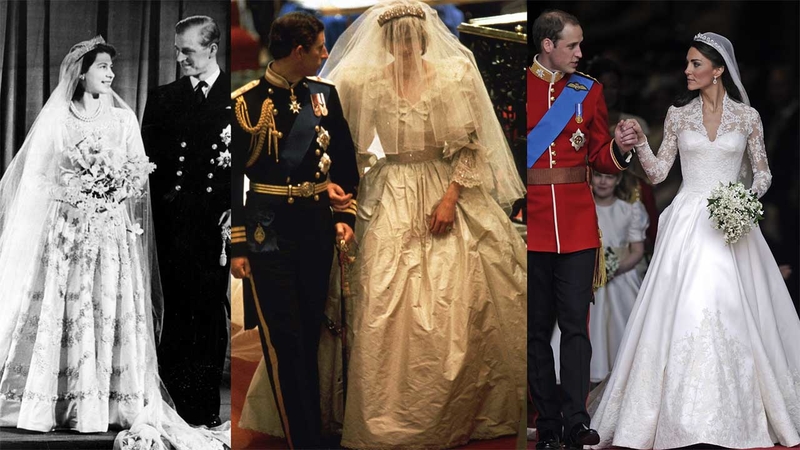 When Meghan Markle walks down the aisle to marry Prince Harry on May 19, she's bound to look fabulous.

About the dress: The current queen wore a long tulle veil and a satin embroidered dress designed by Norman Hartnell. Hartnell cited the Botticelli Renaissance painting "Primavera" as his inspiration, according to Vogue.

About the dress: Though she had the same designer as her sister Elizabeth II, Margaret's dress was made of "acres of masterfully worked white organza with no embellishment at all," according to Vogue.

About the dress: For her wedding, the only daughter of Queen Elizabeth II turned to designer Maureen Baker. The dress had hanging sleeves and embroidery of pearl trelliswork.

About the dress: The "People's Princess" wore a Victorian wedding dress with layers of silk taffeta, puffy sleeves and a 25-foot train, designed by David and Elizabeth Emanuel. Vogue wrote that at the time the look "fulfilled the public fantasy of a fairy-tale princess."

About the dress: True to the decade, her ivory silk gown, designed by Lindka Cierach, featured padded shoulders. She also had a scooped neck and beading adorning the bodice.