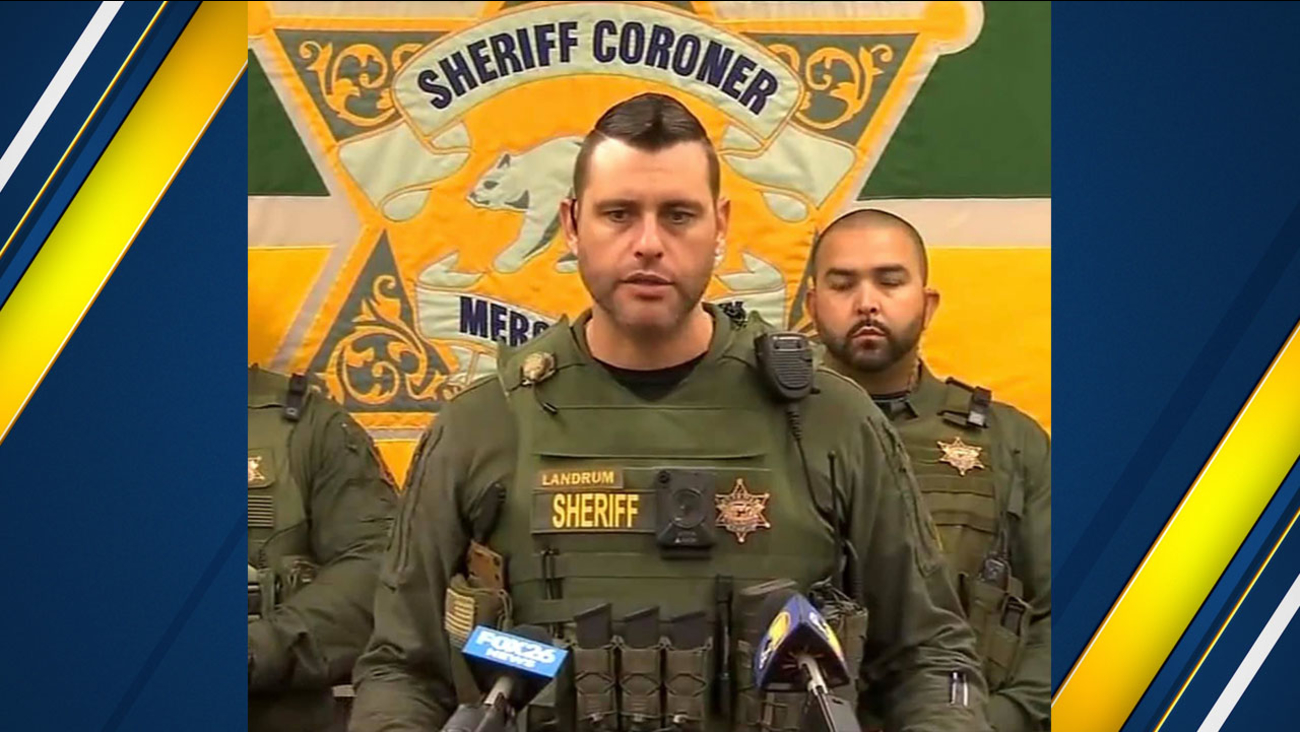 MERCED COUNTY, Calif. (KFSN) -- The Merced County Sheriff's Office has now released the name of the deputy who was shot in Dos Palos last Wednesday.

Sergeant Clint Landrum is a 14 year veteran of the department.

Landrum was leading the team to arrest Guadalupe Lopez-Herrera on domestic violence charges when investigators say the suspect opened fire from behind a fence covered in shrubs.

RELATED: Woman says suspect shot at her home while attempting to attack wife

Landrum was hit in his bulletproof vest and leg but is expected to make a full recovery.