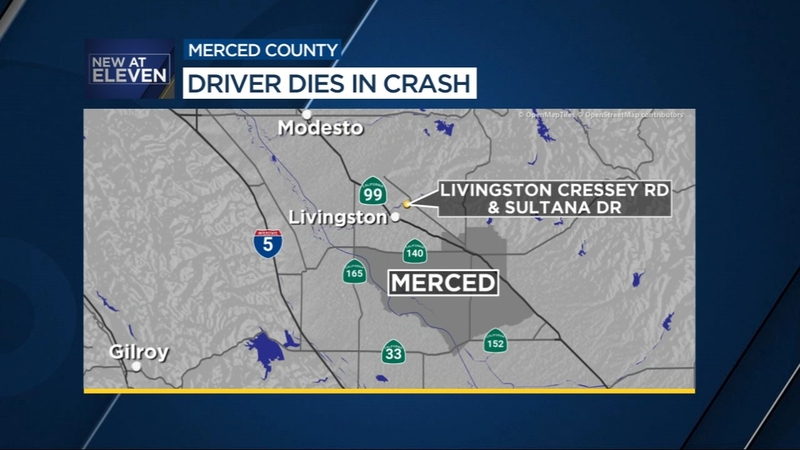 MERCED, Calif. (KFSN) -- A man has died after a single-car crash in Merced County Monday evening.

Officers say the man was driving a Honda Civic going east on Livingston Cressey when he overturned multiple times.

The man died at the scene. Officers say he was not wearing a seatbelt.

Officers added that he was the only person in the car at the time of the crash.

It is not known what led to the crash but officers have not ruled out drugs or alcohol.