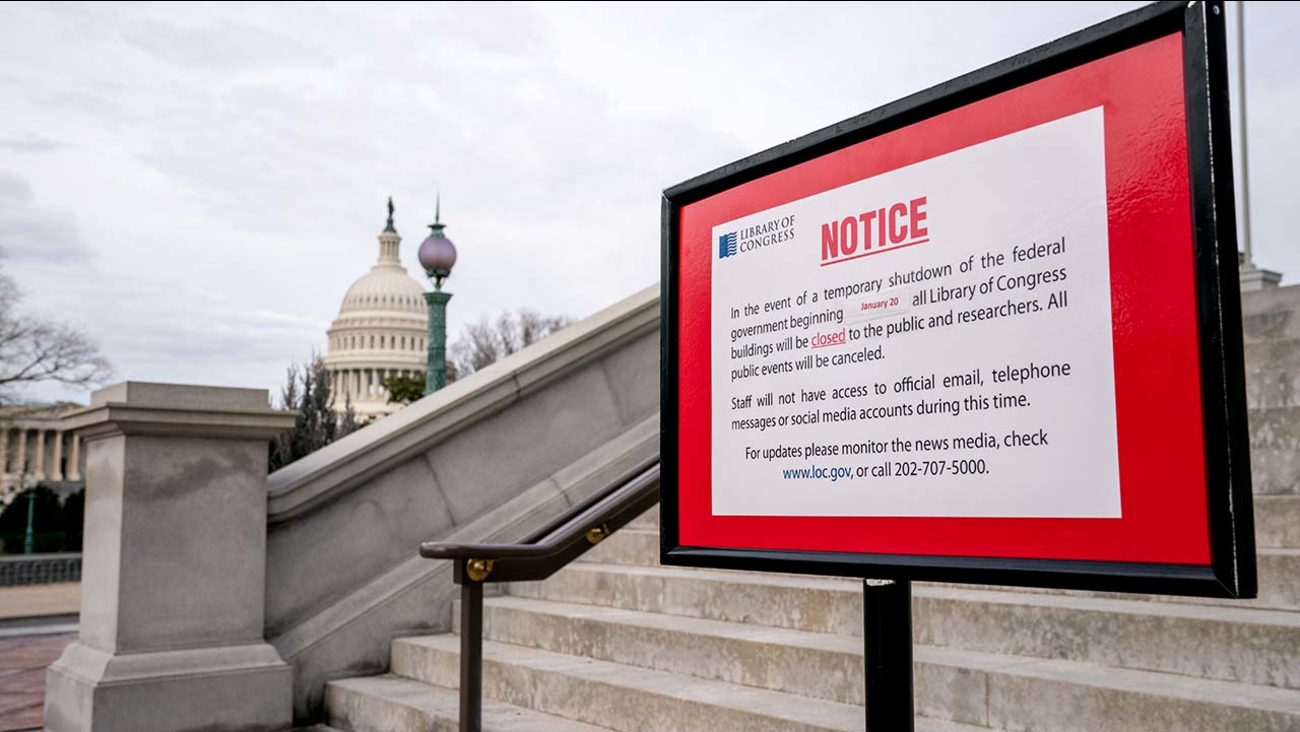 The dome of the Capitol Building is visible behind a closure sign that is posted outside of the Library of Congress in Washington, Monday, Jan. 22, 2018. (AP Photo/Andrew Harnik)

Unless you're in the military, a federal employee, or one of the so-called "Dreamers", you probably greeted the partial Federal Government shutdown with a yawn or a shake of your head.

At least it's over and we have a temporary fix until February 8th and it's probably a pretty safe bet that Congress will again wait until the last minute to accomplish something on immigration or the Dream Act and federal spending.

Here are some of the details you may have missed during the shutdown:

- Less than half of the IRS workers were not furloughed

- Your mail got delivered

- The U.S. Military stayed on the job as did 90% of Homeland Security employees

- Passport & visa processing did not end

Both of California's U.S. Senators - Dianne Feinstein and Kamala Harris - voted twice against the stopgap funding measures to keep the Federal Government operating.

Feinstein and Harris both blamed a lack of action on the "Dream Act" as reasons for their votes. Here are their partial statements:

Feinstein: "This week's government shutdown is regrettable and frustrating, particularly since it was entirely avoidable. For four months, Republicans have promised a vote on the Dream Act and for four months, they've kicked the can down the road."

Harris: "Our government made a promise to our Dreamers and it is long past time that we kept that promise. These are young people who are Americans in every respect except on paper. They have been waiting far too long to live securely in the only place they have ever called home."

FILE- In this Friday, Jan. 19, 2018, file photo, President Donald Trump speaks to the March for Life participants from the Rose Garden of the White House in Washington.

Democrats and especially Senator Chuck Schumer seem to be taking most of the heat for the government shutdown or for striking a deal to end it.

Prior to the shutdown last week, an exclusive Action News Poll conducted by SurveyUSA in California asked: "Who do you think is most to blame for the potential shutdown of the Federal Government?"

Here are the results:

Republicans got the blame for 2013 shutdown over "ObamaCare". One year later, the GOP took control of the Senate.

How will the 2018 Federal Government Shutdown impact the Mid-Term Election?