6 dead, including gunman in Milwaukee shooting at Molson Coors facility in Miller Valley 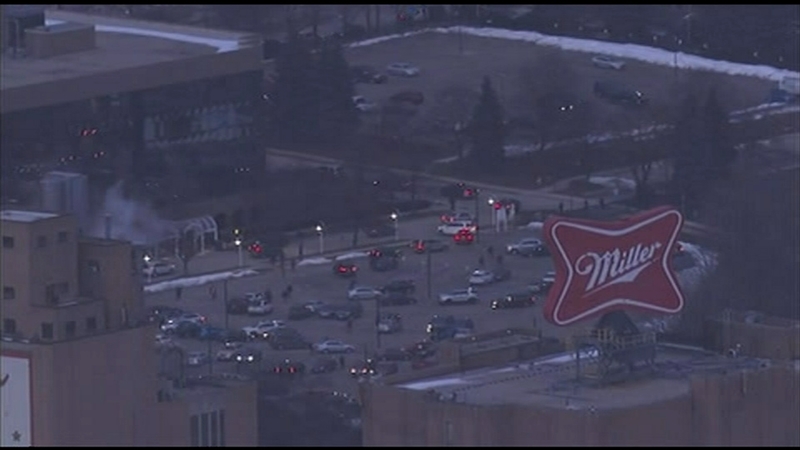 6 dead, including gunman, in Milwaukee shooting at Molson Coors facility

MILWAUKEE -- Five people were killed in a mass shooting at the Molson Coors facility in Milwaukee Wednesday afternoon. The gunman is also dead, Milwaukee police said.

All five victims were employees of Molson Coors, police said. No members of the general public were involved in the incident. The victims will not be identified until their families have been notified said Milwaukee Police Chief Alfonso Morales.

Morales said the gunman was a 51-year-old man Police believe he left work, got a gun, and then returned before opening fire on his colleagues. He was found dead in the facility of an apparent self-inflicted gunshot wound.

No other people were injured in the mass shooting, police said.

"The hearts of the people of Wisconsin go out to the folks who were murdered at Miller Coors this afternoon," said Wisconsin Governor Tony Evers. "The first lady and I will be praying tonight together over the lives that have been lost."

Molson Coors changed its name from MillerCoors in 2019.

Lieutenant Governor Mandela Barnes noted this is the 11th mass shooting in Wisconsin since 2004, and called on Americans to prevent it from happening again.

"I also want to issue a call, a challenge, because we shouldn't accept this," Barnes said. "This is not the way that things should be, and we should never grow comfortable in the face of these repeated tragedies all across America, and especially right here at home. We have a duty to act."

Wisconsin Governor Tony Evers bows his head as he holds a moment of silence for the victims of the Molson Coors mass shooting Wednesday.

President Donald Trump also addressed the mass shooting at the beginning of a press conference addressing his administration's plans to address the spread of novel coronavirus in America.

"Our hearts break for them and their loved ones," Trump said. "We send our condolences. We will be with them and it's a terrible thing. Terrible thing. So our hearts go out to the people of Wisconsin and to the families. Thank you very much."
EMBED More News Videos

President Donald Trump addressed Wednesday's fatal Milwaukee shooting at the top of a press conference about the country's response to the COVID-19 coronavirus.

In an email to employees Molson Coors CEO Gavin Hat said, "There are no words to express the deep sadness many of us are feeling right now. I am on my way to Milwaukee now because in the hours and days ahead, the most important thing is that we support and care for each other."

He said the Milwaukee office will be closed for the remainder of the week, and the brewery will be shut down for the time being as well "to ensure our people have time to cope with today's events."

Milwaukee police officers received a call about an active shooter just after 2 p.m. and responded to the Molson Coors campus at 35th Street and West State Street. The sprawling complex includes a mix of corporate offices and brewing facilities. At least 600 people work at the complex.

Employees were sent an email to shelter in place.

"It's a horrible, horrible day for employees here, a very rough day for anybody who is close to this situation," Mayor Barrett said.

A mass shooting at the Molson Coors facility in Milwaukee left multiple people dead Wednesday, recalling the workplace shooting in Aurora in 2019.

ATF and FBI agents also responded to the scene to support city and county law enforcement.

The Milwaukee County Medical Examiner's Office appeared to have been called late, not early, to the scene, and it was apparent that not many people, if any, were being taken to area hospitals.

There is an active situation at our Milwaukee facility and we are working closely with the Milwaukee Police Department. Our top priority is our employees and we’ll provide updates in conjunction with the police as we are able.

Several nearby schools were also locked down due to the shooting, which happened as the school day ended.

As the horrific events unfolded in Milwaukee, Molson Coors held its annual conference in Houston. Here's how the news was met with attendees.

Many of the company, including the executive leadership, were at the company's annual conference underway in Houston. That conference has now been canceled and people were flying back to Wisconsin Wednesday night.