Suspect in killing of 4 hostages during standoff has died

CLINTON, Miss. -- A man who shot and killed four people he held hostage in a Mississippi home has died from gunshot wounds he received during the 12-hour standoff, authorities said Sunday.

Two small children were released unharmed from the home in Clinton several hours after the standoff began, police said. Not long afterward, TV cameras captured the sounds of a barrage of gunfire. Police used a battering ram to force their way into the house and found four people dead and the suspect wounded, authorities said.

The standoff began around 2:30 a.m. Saturday when officers checking on a domestic call were fired upon, according to authorities. The suspect went back inside the home and refused to come out, authorities said. Officers fired shots during the standoff, but a statement from Mississippi Public Safety Department spokesman Capt. John Poulos did not say if Le shot himself or was wounded by officers.

"When our officers arrived, they received fire from the suspect. The suspect then retreated into his home, and it is with a saddened heart that I report multiple fatalities," Clinton Police Chief Ford Hayman was quoted afterward as telling broadcast outlet WAPT.

Stewart told WAPT that all four killed in the home were shot multiple times.

The coroner identified the four killed in the home as 30-year-old Lan Thi My Van, 28-year-old Le Thi My Van, 65-year-old Cho Thi Van, and Phung Minh Le, local broadcast stations reported. Stewart did not immediately specify the relationships among them.

Authorities have not given any further details about the domestic disturbance call that preceded the standoff.

Police tape still surrounded the one-story house Sunday afternoon. Several windows and the front door appeared to be blown out. The house is in a large subdivision in Clinton that backs up to the Nachez Trace Parkway, about 10 miles (16 kilometers) west of Jackson.

The Mississippi Bureau of Investigation said Sunday that it is investigating what it called an officer-involved shooting. Its statement said a crime scene unit and agents of that state law enforcement agency were gathering evidence and that the findings of the investigation would be presented to the corresponding District Attorney's office for review. 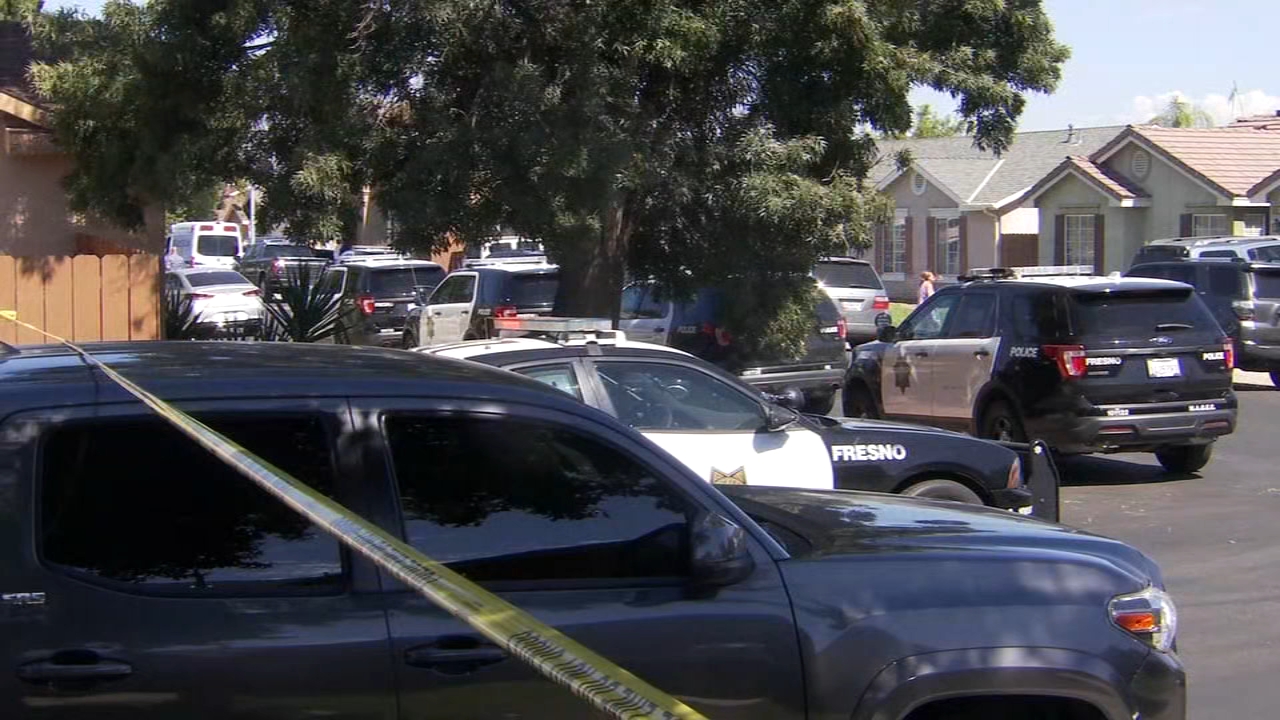 Police still searching for suspect after standoff in in SE Fresno

Armed man who allegedly tried to break into FBI office is dead: police