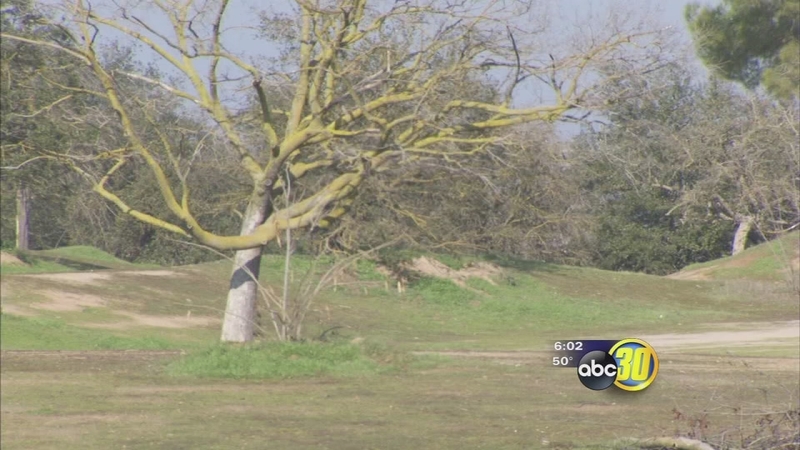 FRESNO, Calif. (KFSN) -- A day at the park interrupted for visitors at Woodward Park as a big cat apparently made a brief appearance.

Park employees and Fresno Police evacuated the park for a couple hours after the sighting Thursday morning. A woman spotted the big cat near the BMX area and she took pictures. But after that, the animal vanished.

A police officer saw the photos and said it looked like a big mountain lion, that police estimated to weigh 85 pounds.

Park employees blockaded the entrance and police drove around the park telling people to leave, including several Frisbee golfers who were completely unaware of the cat even as they played the course right adjacent to the BMX park.

After a thorough sweep of the park turned up no sign of any big cats, the park reopened at about 1 p.m. Investigators believe the animal probably got scared and left, headed for the San Joaquin River.

Animal control officers say the park encroaches on wild habitat, so while it's rare, it's not too surprising to see wildlife in spaces normally reserved for humans, especially as the weather shifts.