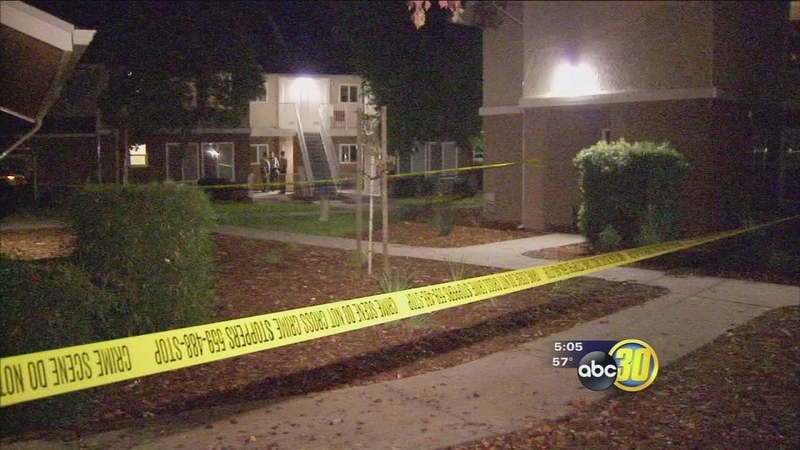 Orange Cove Police originally responded to the stabbing at Orchard Village Apartments. They turned the investigation over to the Fresno County Sheriff's Office Thursday morning.

Detectives there are following leads and attempting to track down a suspect.
Meanwhile, family members are still being notified.

Action News spoke with a man who lives at Orchard Village Apartments, who heard sirens at about 8:30 Wednesday night. It wasn't long before he saw a body lying face down on the ground outside.

It's an image he won't soon forget, and it's worse because he knew the victim, and identified him to Action News as Angel Esquibel.

"He was a good guy, working guy, took care of his family."

"(I'd) always see him with his kids man, he was always about his family," said another man who says he was close with Esquibel's brother.

But says he also knew the victim, and saw him just a couple of weeks ago.

"Not going to see him no more, it's just sad you know," he said. "It's just really, really sad on what happened."

These men say their Thanksgiving won't be the same, thinking about this senseless death. And they know Esquibel's family will be grieving too, instead of celebrating the holiday.