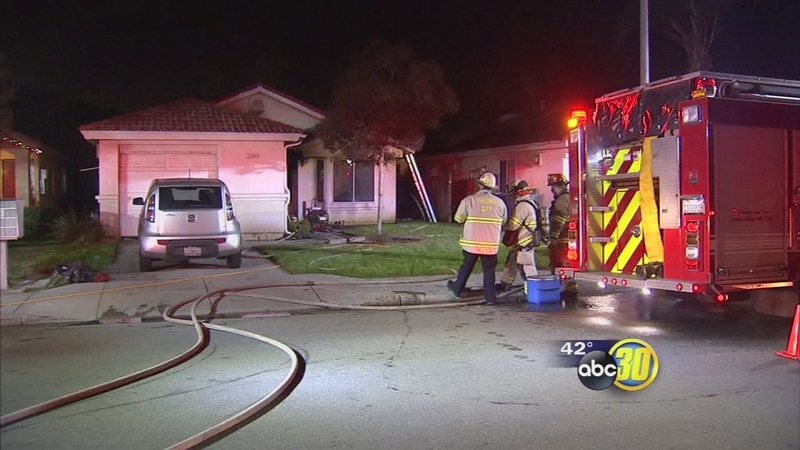 FRESNO, Calif. (KFSN) -- A night sky lit up by fire engine lights isn't exactly what many think of as merry and bright. But the holiday season for the Fresno Fire Department is one of the busiest times of the year.

"She came out screaming and said, 'hey, my house is on fire.' It was flaming up probably four or five feet up the window," said Andrew Canel, neighbor.

A house fire near Brunswick and Cambridge resulted in $80,000 in damage.

"The cause of the fire was a cooking fire that got out of hand," said Brian Price, Fresno Fire Department Battalion Chief.

And cooking fires aren't a rarity-- neither are fires started by overloaded circuits or dry Christmas trees that go up in flames.

This December, the fire department is seeing even more calls than they have in recent years.

"A lot of it is we are attributing it to the weather. It's really cold right now, it's a lot colder than it was last year at this time, and a lot of people are using their heating equipment," said Hector Vasquez, Fresno Fire Department.

So far in 2016 firefighters have been to more than 3,200 house fire calls. That is a 12-percent increase since last year and that does not include grass or outdoor fires.

And in the month of December they are up 25-percent compared to last year.