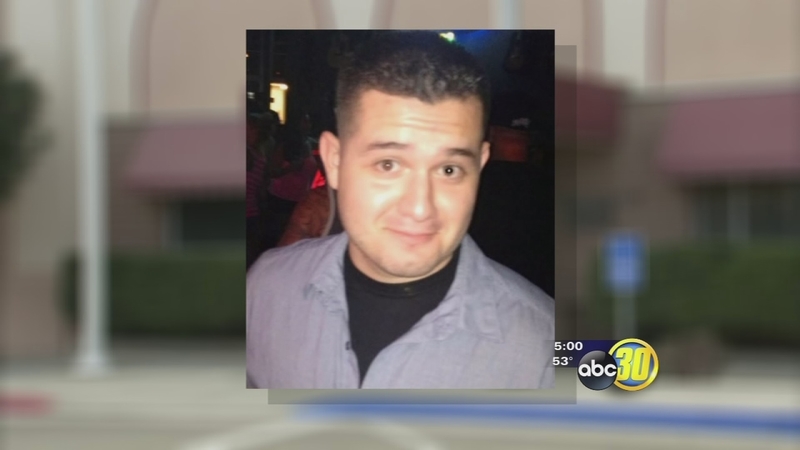 FRESNO, Calif. (KFSN) -- A Selma police officer is on paid administrative leave as the California Highway Patrol investigates him for driving under the influence.

The CHP reports that they got a number of calls from Selma residents who saw an unmarked police car in a ditch.

Authorities say Selma police officer Robert Luna was arrested for DUI and hit-and-run. CHP investigators are working to find out how officer Robert Luna got home following the crash. He suffered some bruises and scratches in the accident but, otherwise, walked away unharmed.

Mangled car parts still remain in a ditch near the intersection of Kamm and Bethel Avenues in Selma, just down the street from where a heavily damaged, unmarked Selma police car remains at the city's maintenance yard.

The CHP said around 3 a.m. on December 12 officers discovered the police Chevy Impala but no driver in sight.

"We subsequently were able to locate and put Robert Luna behind the wheel of the vehicle and subsequently arrested him for DUI as well as for hit-and-run, leaving the scene of the accident," Axel Reyes with the CHP said.

The 26-year-old police officer was cited for the crimes shortly after his car was discovered. Selma Police Chief Greg Garner then put Luna on paid administrative leave. "We will be conducting an administrative investigation at some point," Garner said. "Although, right now, the direction of that investigation is pending the completion or furtherance of CHP investigation."

The CHP doesn't believe anyone else was in the car with Luna at the time, and he was not on duty. Investigators believe he crashed and the car rolled over into a ditch while trying to make his way around a turn.