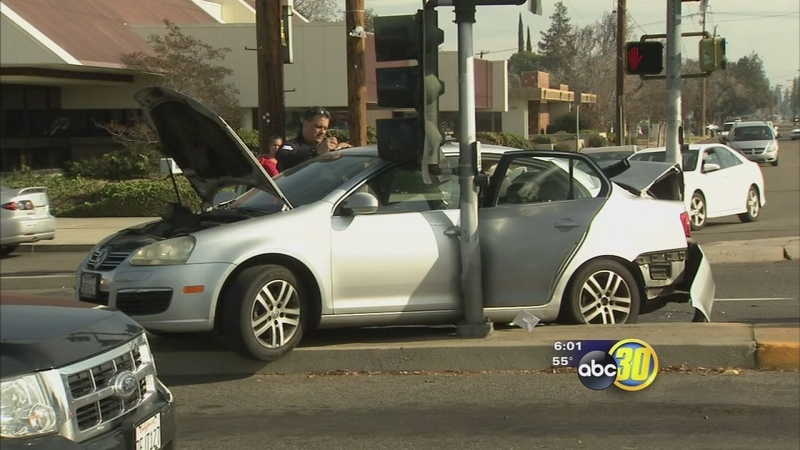 FRESNO, Calif. (KFSN) -- Two people are in the hospital after a suspected DUI crash Sunday.

The crash happened on Shields avenue near Fresno Street. Firefighters say a man driving a white pickup slammed into the back of a silver sedan. One person in that car was rushed to the hospital with significant injuries.

The man driving the truck was also seriously hurt. First responders say he was trapped in the vehicle and had to be extricated.

"We carry smaller extrication equipment on our engines," Battalion Chief Todd Tuggle of the Fresno Fire Department said. "So, the crew that arrived was able to extricate him using the smaller jaws that we have on the vehicles."

Firefighters say the man in the truck appeared to be in shock before he was taken to the hospital.