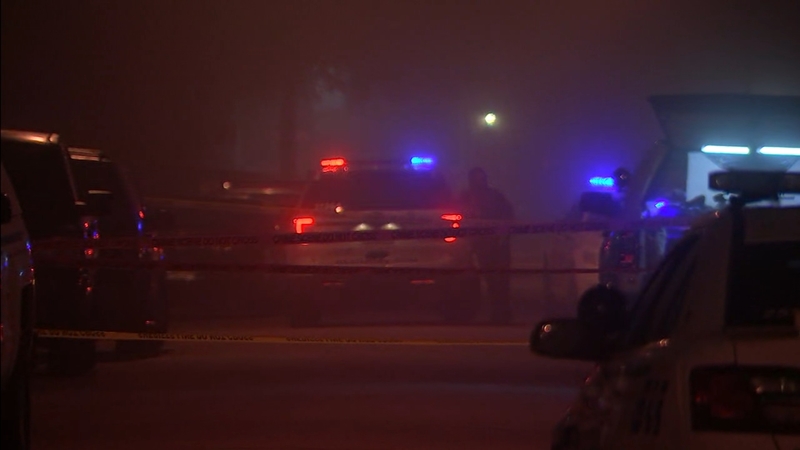 HARRIS COUNTY, Texas -- A deputy responding to a possible home invasion shot the father of the resident living in the home, according to the Harris County Sheriff's Office.

HCSO: A deputy shot a man while he was responding to a possible home invasion in north Harris County. It happened around 7:40 p.m. Thursday in the 800 block of Darbydale Crossing Lane near Ella Boulevard. https://t.co/chY4gInRIm @abc13houston pic.twitter.com/N2Eg4PA6mY

It happened around 7:40 p.m. on Thursday in north Harris County.

According to the sheriff's department, deputies received a call from a woman who said she heard noises coming from downstairs and believed someone was trying to break into her home.

Officials said after she got off the phone with deputies, she called her father, who lives nearby. Her father drove to her home.

"There was some sort of an encounter at which time one of the deputies discharged his firearm, striking the male in the leg," said Jason Spencer, the sheriff's public information officer.

Spencer said when deputies arrived, the father's pickup truck was parked in the yard on the grass.

"They encountered the man at the front door," he said. "It was a somewhat chaotic situation. There were multiple people inside the home."

UPDATE: A deputy was responding to a possible home invasion when he encountered the father of the female resident and fired his weapon, striking the man in the leg. PIO is en route. #hounews

The sheriff's office says the deputy was not injured. The man was taken to the hospital for treatment.

"Officers don't know when they're arriving, who's a good guy and who's a bad guy," said Spencer. "They don't know when they walk up to a scene who's who. Anything you can do, as a citizen, to identify yourself and to comply with deputies is a good thing."