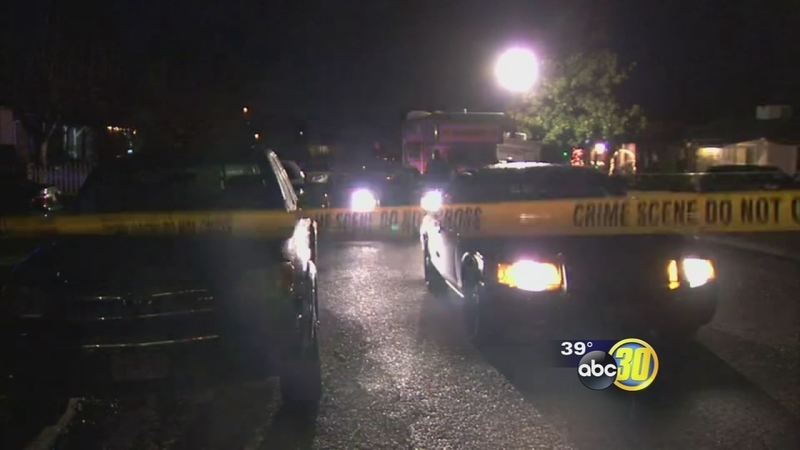 FRESNO, Calif. (KFSN) -- A man is dead after an officer-involved shooting in Porterville Thursday night.

Police have not identified the man, but authorities say it happened in the 200 block of Larson Street just after 4 p.m.

Neighbor Rick Hatcher is glad he didn't see the shooting. "I was gone to the store for 30 minutes," Hatcher said. "Came back and then all of this."

Across the street from where he lives, Porterville police had just shot and killed a 23-year-old man after an altercation with an officer. Police say a preliminary investigation shows the man was armed with a knife during that altercation.

"It all escalated very quickly," said Lt. Dominic Barteau with the Porterville Police Department. "Initially, the officer arrived on scene and was trying to ascertain what had happened. The suspect began escalating the situation and that's when that took place."

Porterville police had first responded to the house after getting a family disturbance call. There were reports the man had possibly assaulted a woman outside the house.
Police say an officer was talking with possible assault victims when the man came back to the house.

The shooting happened in the driveway and the man was transported to the hospital, where he died. The Tulare County Sheriff's Office is now investigating the officer-involved shooting.

"They investigate the officer-involved shooting in a criminal matter to ensure that everything is transparent and that we make sure that the investigation is done correctly and all information is gathered," Barteau said.

"If something happened," Hatcher said. "I hope it was legitimate, you know? Just unbelievable, you know, hard to say."

Especially hard to believe when Hatcher says he just saw the man who was shot earlier in the afternoon. They've known each other for years. It's Christmas eve, and the young man brought him tamales his grandmother had made, and they talked about life.