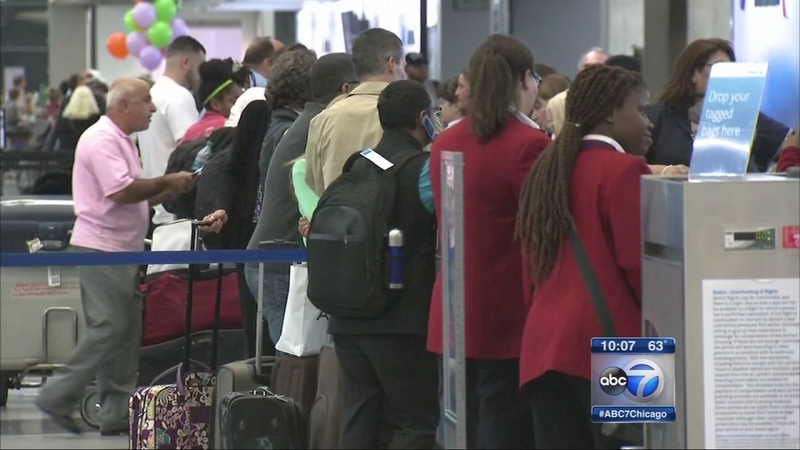 Travelers stranded at O'Hare and Midway

AURORA, Ill. -- It's been a very long day for passengers caught up in the chaos at O'Hare and Midway.

And there's no guarantee they'll be able to catch a flight tomorrow, Sunday or even Monday.

Southwest Airlines canceled all flights at Midway International Airport for Friday after a ground stop at Chicago airports earlier in the day. At O'Hare, about 1,500 flights were canceled.

The ground stop was triggered by a fire at an FAA facility in Aurora. It was lifted at 11 a.m., but planes are moving at a "reduced rate." The headaches could continue for travelers for days due to extensive damage at the FAA facility.

At O'Hare, the cancellations and delays, which average more than 30 minutes, continue. Many passengers told they would not be able to fly out Friday made other plans.

Many waylaid passengers decided to rent a car instead. They found themselves in good company; travelers told ABC 7 News they could not find car rentals by the evening.


Airlines are urging travelers to check the status of their flights at www.fly.faa.gov.

Officials said the fire at the FAA facility was intentionally set, but is not considered a terrorist attack.