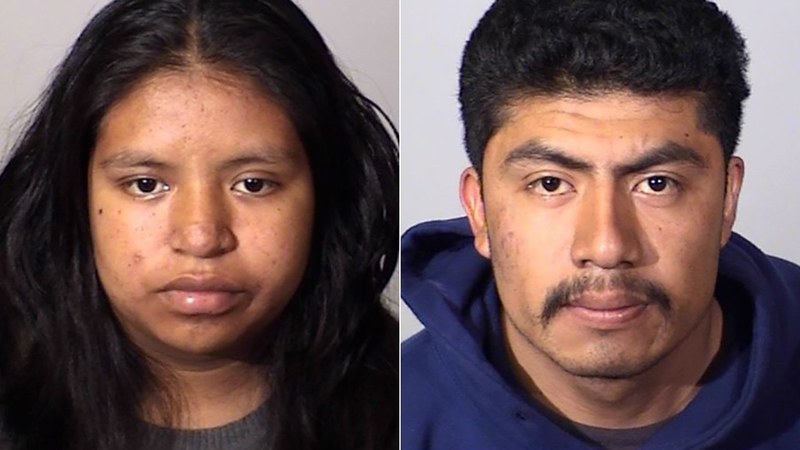 OXNARD, Calif. -- A 20-year-old Oxnard woman and her boyfriend have been charged in the strangling death of her infant son within hours of his birth at an Oxnard hospital.

The Ventura County District Attorney's Office said Andrea Torralba Camacho, 20, and her boyfriend David Villa, 21, have been charged with murder and child abuse in the death of newborn Diego Villa-Toralba.

Authorities responded to St. John's Medical Center on July 19 after a report of a suspicious injury to a newborn boy.

Investigators alleged that about 12 hours after the boy was born, his mother and her boyfriend "strangled the victim until he was unconscious," police said in a statement.

Hospital staff was unable to save the child's life.

When questioned by detectives, the two said they didn't want the baby, officials say. Oxnard police placed them under arrest.