Serial Peeping Tom has bail revoked after most recent incident 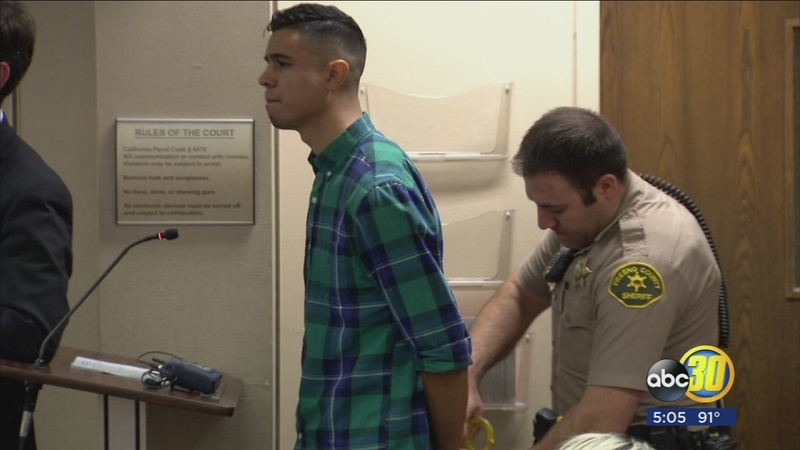 Serial Peeping Tom has bail revoked after most recent incident

FRESNO, Calif. (KFSN) -- It's a familiar situation for David Chavez, who is facing a growing list of charges and more suspected victims.

One suspected victim said, "I'm kind of disturbed by the fact that he's so young and this is something that intrigues him."

One 18-year-old suspected victim said back in July Chavez recorded her as she changed in a Plato's Closet dressing room.

"To re-live it right now and know that he's actually away is pretty traumatic."

It is because of her accusations that Chavez left the courtroom in handcuffs, instead of facing a sentence for an old crime.

Back in 2014 and 2015 Chavez was accused of filming people inside the iconic Caruthers Quik-Stop bathroom and filming a woman showering in her home. On Friday, he was supposed to learn his fate about two of those crimes. Instead the judge said he has violated his probation and revoked his bail for those charges.

"The court was very clear with Mr. Chavez with what the court expected," said Hon. Ralph Nunez of the Fresno County Superior Court.

The new charge he faces from the Plato's Closet case is in addition to three other incidents.

The District Attorney said it is possible all of the incidents could now get lumped together depending on what happens with his old cases. All of the charges are misdemeanors, and if convicted, he faces roughly one year in jail for each charge.

A possible punishment that one victim said does not fit the crime.

"I'm more angry at the fact that he continues to do it after they've given him many options and opportunities to renew his life and to start over and he keeps messing up."