KFSN
CAPE MAY, N.J. -- Miss May, the 10-foot, 800-pound shark that was tracked off the coast of Cape May, New Jersey on Tuesday has continued her journey northward.

The white shark was tracked in the waters near Sea Isle City at 6:58 a.m. Wednesday. 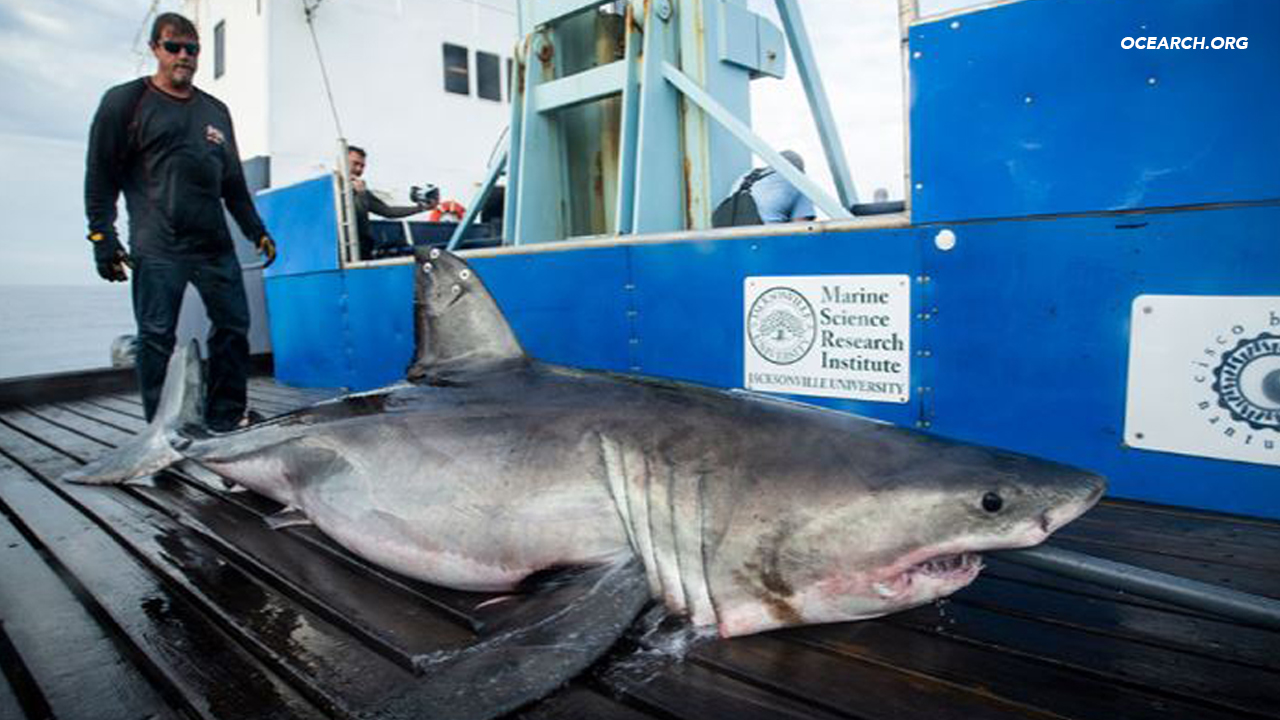 Today @MissMay_Shark is pinging close to shore a little north of Kitty Hawk North Carolina. She has been making steady progress north since the beginning of the month. pic.twitter.com/LFKRvFwEr1

Melissa Laurino, a marine biologist with the Cape May Whale Watch and Research Center said there's nothing unusual about great whites roaming the waters off the coast of New Jersey.
Jersey's coastline.

"(She)could be heading to New England or Cape Cod where there is a large congregation of grey seals that some great whites like to feed on," said Laurino.

News of the shark's arrival didn't seem to phase beachgoers.

Janet Michaud of Medford, NJ said, "It wouldn't stop me from going up to my waist."

"It kinda bothered me," said Andrew Callabresi of Salinas, Kansas, but that didn't stop him from introducing his daughter to the ocean. "I figured if we keep her knee-deep she should be alright."

Laurino said she expects Miss May will spend the summer in New England before heading back past New Jersey on her way South in late fall.

Miss May was tagged in the same waters as another shark, a 10-foot, 464-pound male tiger shark named Lando.

It's only the second time in 34 expeditions that OCEARCH has tagged both a white shark and a tiger shark in the same waters. Samples from the sharks will support 17 separate research studies around the continent.
Report a correction or typo
Related topics:
pets & animalscape maynew jersey newssharks
Copyright © 2020 KFSN-TV. All Rights Reserved.
More Videos
From CNN Newsource affiliates
TOP STORIES