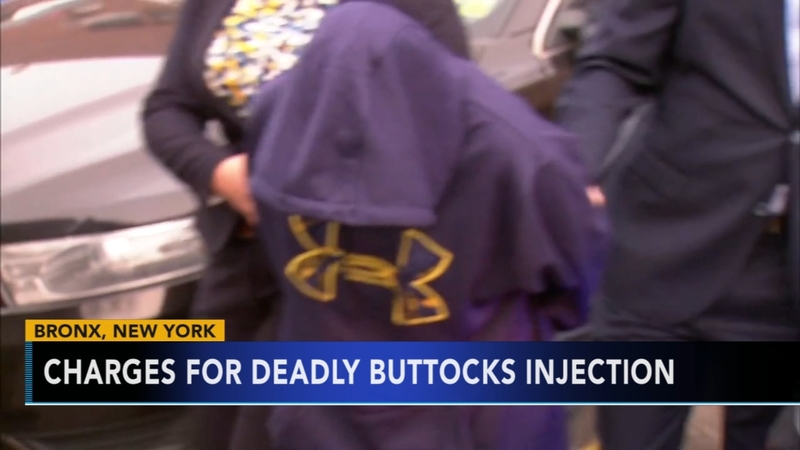 NEW YORK CITY -- An unlicensed New York City beautician has been arrested on manslaughter charges in connection with a buttocks-enhancement procedure that left a 48-year-old Philadelphia woman dead.

Whalesca Castillo was arrested on Wednesday for the June death of Lesbia Ayala, who collapsed after receiving silicone injections in her buttocks and thighs. Police were called to a home in the Bronx June 17 and found Ayala in cardiac arrest.

She was transported to a local hospital, where she was pronounced dead. The medical examiner ruled her death a homicide.

The 44-year-old Castillo also faces charges of unauthorized practice of a profession. Information on her lawyer wasn't immediately available.