Across Central California, votes are being counted for local, state, and presidential elections.
KFSN
FRESNO, Calif. (KFSN) -- ABC News can characterize Joe Biden as the apparent winner in Pennsylvania - a win that makes him president-elect. Based on these numbers and those in other states, Joe Biden will be the next President of the United States.

Keep scrolling for the latest on the 2020 presidential election and for live updates on California and Central California campaigns and elections.

Biden said Saturday night in Wilmington, Del., that "this is the time to heal in America" and pledged to be a president to represent even those who didn't support him.

Trump has not conceded the race to Biden, pursuing legal challenges over ballot counts in several states.

Biden said "it's time to put away the harsh rhetoric, lower the temperature, see each other again, listen to each other again," saying of his political opponents, "they are not our enemies. They are Americans."

In her remarks, Vice president-elect Kamala Harris paid tribute to Black women who "so often prove they are the backbone of our democracy."

She noted her ascension to the role comes 100 years after the 19th Amendment was ratified and 55 years after the signing of the Voting Rights Act, which expanded who could participate in American democracy.

"Every little girl watching tonight sees that this is a county of possibilities," Harris said.

10:45 a.m.
Obama says he 'couldn't be prouder'
Former President Barack Obama said in a statement Saturday that he "couldn't be prouder" of Biden and Harris. "We're fortunate that Joe's got what it takes to be President and already carries himself that way. Because when he walks into the White House in January, he'll face a series of extraordinary challenges no incoming President ever has - a raging pandemic, an unequal economy and justice system, a democracy at risk, and a climate in peril," Obama said.

Joe Biden is set to become the 46th president of the United States, capping a tumultuous and tension-filled campaign during a historic pandemic against President Donald Trump. ABC News characterized Joe Biden as the apparent winner of his home state of Pennsylvania, putting him over the 270 vote threshold needed to capture the presidency.

7:55 a.m.
President arrives at Trump National Golf Club, falsely tweets he won
The president arrived at his Trump National Golf Club Saturday morning as his path to securing reelection continues to narrow. Trump falsely tweeted Saturday morning "I WON THIS ELECTION, BY A LOT!" Twitter flagged the tweet saying, "Official sources may not have called the race when this was Tweeted." ABC News projects Trump has 214 Electoral College votes while Biden has 253. Biden is ahead in four out of five key states still counting votes.

6:15 p.m.
Biden lead remains in Georgia, Pennsylvania, Arizona
As of 6 p.m., Joe Biden leads Donald Trump by 4,020 votes in Georgia, with an estimated 24,300 votes left to be counted in the state. Out of Arizona, numbers have tightened the race slightly with just under 1 percent separating the candidates. In Pennsylvania, Biden leads Trump by more than 20,000 votes, according to latest election data.

2:15 p.m.
Georgia ballot count update
Joe Biden is now leading by a margin of 4,263 votes after more than 7,000 votes just came in from Gwinnett County, according to election data. Get the latest on Georgia here.

11:35 a.m.
Philadelphia has over 40K ballots to be counted, city commissioner says
Philadelphia City Commissioner Lisa Deeley said results from another 2,000 to 3,000 mail-in ballots are expected Friday afternoon. Deeley estimates there are upwards of 40,000 ballots that remain to be counted and noted it may take "several days to complete."

9:45 a.m.
Joe Biden expected to speak tonight in Delaware
A Biden campaign official tells ABC News that we should expect to hear from the former vice president speak during primetime tonight in Wilmington, Delaware. When asked if President Trump plans to make any remarks today - in light of VP Biden being expected to speak - White House deputy press secretary Judd Deere told ABC News: "No scheduling updates at this time."

How to pronounce Kamala Harris' name and what it means 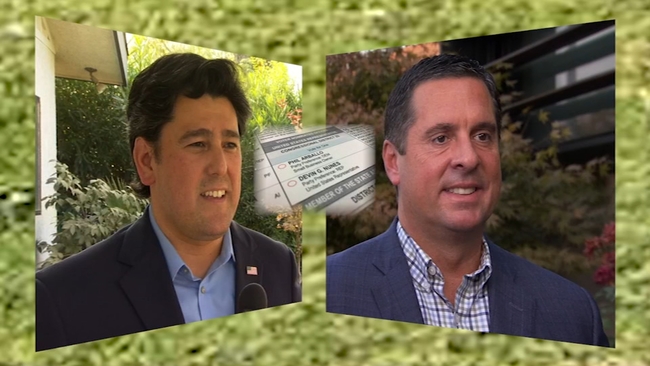