Millennials Meet in the Metaverse for 2022 PyeongChang Peace Forum 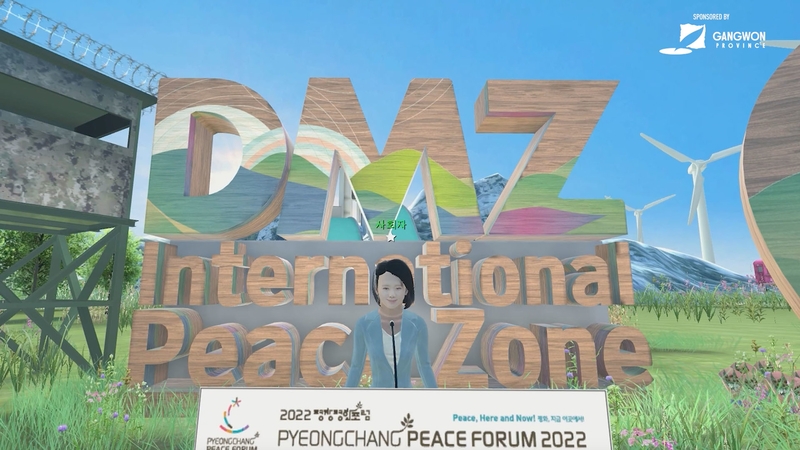 Millennials Meet in the Metaverse

NEW YORK -- Young activists from all over the world gathered together in a futuristic setting for this year's PyeongChang Youth Peace Forum: The Metaverse.

Using avatars in a virtual area named the "DMZ International Peace Zone," the activists were all honored for their commitment to bring peace.

"Even though I'm currently sitting in Pakistan, it did feel as if I was situated in PyeongChang," notes Muznah Siddiqui, a Youth peace Ambassador who was selected as the grand prize winner at the awards ceremony for her work.

Muznah was joined by hundreds of other youth activists, including Viridiana Murillo Robledo and Wa Ode Siti Rahmawati Purnama, who all believe that the next generation of activists need to work together to help bring about global peace.

"At the end of the day, the 'Youth are not a homogenous group. But as long as we act collectively, I think we can make a huge difference," notes said Muznah.

For Muznah, the ideas presented by the PyeongChang Peace Forum are more important now than ever with the ongoing war both on the Korean Peninsula and in Ukraine.

"These regional conflicts are no longer regional anymore. We can't underestimate the impact of conflict that is happening on one side of the world because repercussions and consequences will be felt on the other side of the globe," said Muznah.

The PyeongChang Peace Forum is an international conference that aims to bring peace between North and South Korea and foster diplomacy through dialogue, music, and sports. Its held annually in February to help maintain the spirit of the 2018 PyeongChang Olympics.