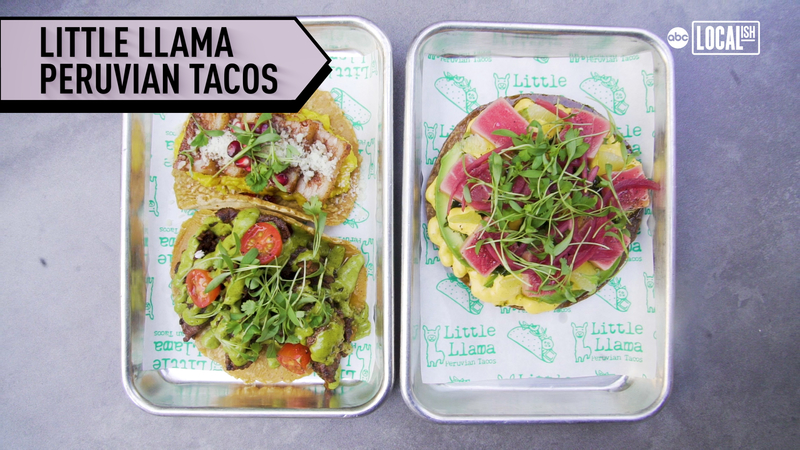 Co-Owners Angela Wagner and Chef Jean Valcarcel started in Los Angeles with fine dining pop-ups. After noticing that customers were most responsive to the Peruvian dishes, they thought of a way to introduce traditional Peruvian flavors in a way that was more accessible than fine dining.

"I'm from Peru," Valcarcel told Localish. "And I love the flavors I grew up with, and I love tacos. I've lived in Los Angeles for over 20 years now, so I just wanted to put them together."

After five popular years at Smorgasburg LA, where you can still find them, they were able to open their first brick and mortar location in October of 2020 near the corner of Main and 2nd st in Downtown.

Fusing classical Peruvian dishes like the Lomo Saltado into a Mexican vessel like a taco or burrito is the signature of Little Llama. You can also nab the popular vegan option which is the Shiitake Saltado, the same taco, but made from mushroom instead of steak.

Little Llama boasts a full menu full of meat and fish, and plenty of options for vegans and vegetarians. They are also proud of their beer and wine selection, a weekday Happy Hour, and 2 patios you can enjoy.