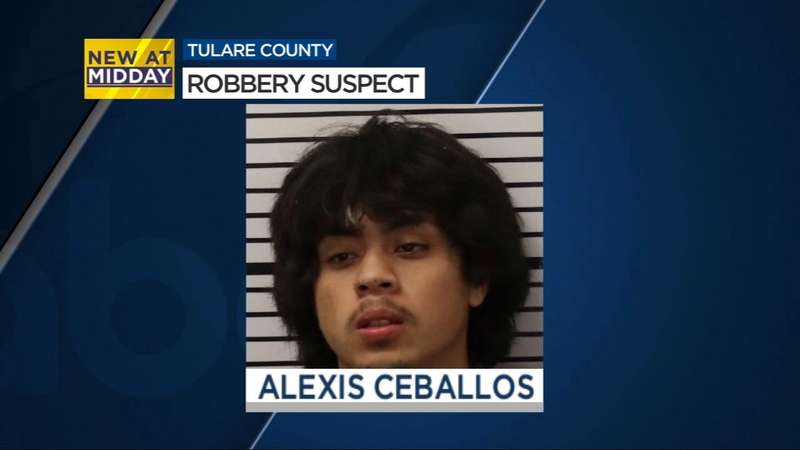 TULARE COUNTY, Calif. (KFSN) -- Authorities have arrested an 18-year-old man in connection to a series of armed robberies in Tulare County. Investigators now believe he and two others are also responsible for a homicide in Farmersville.

Sheriff's detectives served multiple search warrants at locations they believed were connected to the investigation Friday. While deputies were searching a house, they spotted 18-year-old Alexis Ceballos getting into a car.

Detectives pulled him over on Highway 65 near Olive Avenue, but Ceballos got out of the car and started running. They chased him and eventually took him into custody.

Sheriff's officials say the three suspects were responsible for eight robberies that occurred on Christmas Eve and Christmas Day in Tulare County and Los Angeles.

Investigators say Ceballos, Ramirez and Solorzano are also suspected in a homicide that happened in Farmersville on December 24.

Ceballos was booked into the Tulare County jail on robbery and murder charges.