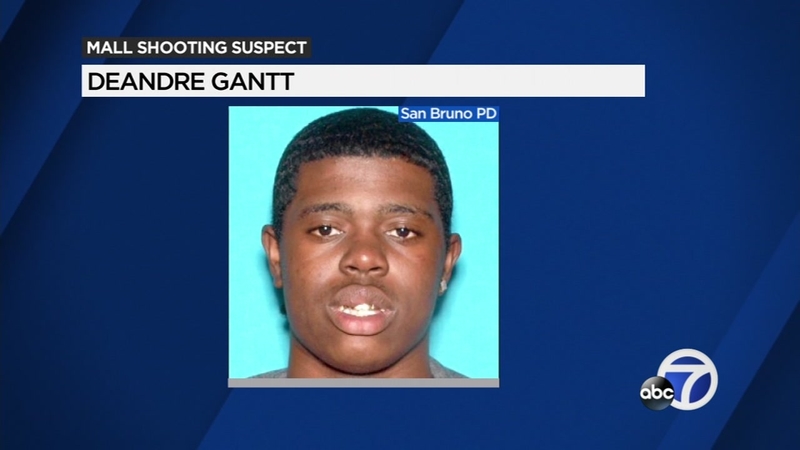 On Saturday, with the assistance of the San Francisco Police Department, search warrants were served at two homes in San Francisco. The 16-year-old shooting suspect was taken into custody.

Also, a 15-year-old suspect, who had acted in concert with the shooter, was arrested, police said.

The two teen suspects were booked at the San Mateo County Youth Services Center for charges related to attempted murder and conspiracy.

Gantt remains at large, police said. He a is black man, about six feet tall and weighs 205 pounds.

Police say two teenage boys were shot in the incident but both are expected to make full recoveries. Two other people at the mall also suffered injuries.