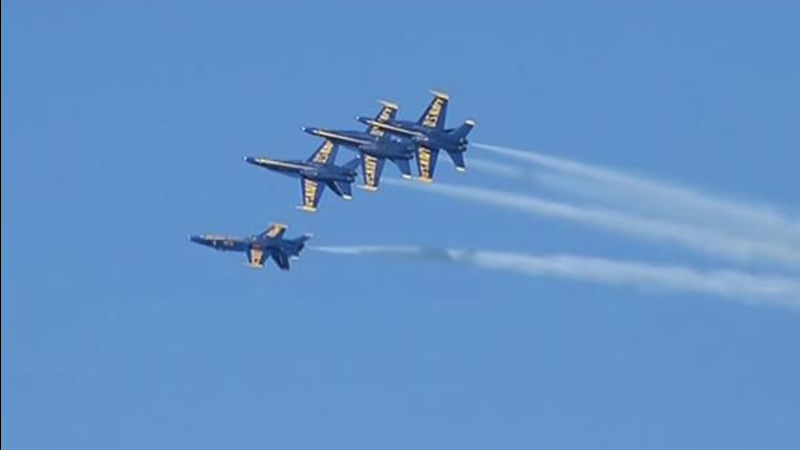 SAN FRANCISCO -- The Blue Angels will return to the skies over San Francisco at 3 p.m. Sunday. On Saturday, one million fans came out for a spectacular show. But afterwards, those fans headed home into gridlock.

That familiar roar over San Francisco's waterfront could only mean one thing - the Blue Angels were back, taking flight above the Bay.


Dorie Green was looking up. "It's spectacular, almost have no words for it. So beautiful," she said.

The white-knuckle precision acrobatics are exciting and kind of unnerving to Leigha Rosa. "Favorite part had to be the scariest, when they get a little too close."

During some maneuvers, the jets are only 18 inches apart.

But when the air show as over, thousands of drivers performed their own unrehearsed show called traffic gridlock.

It was a nightmare trying to get home. "It's worse than Los Angeles. Way worse," commented one driver. "It took 20 minutes just to go around the corner," one passenger said.

Six-year-old Alana Webster, dressed in a flight suit and sunglasses, got some career advice. "I don't know if I want to be a pilot or doctor," she said.

"To see them, Captain Higgins, paving the way, in something I really want to do..." she said.