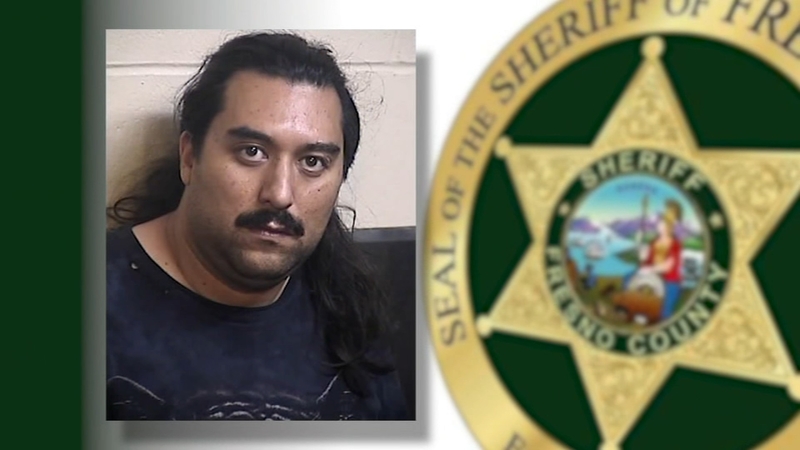 FRESNO, Calif. (KFSN) -- "What this was is a consensual encounter that turned into a horrendous, horrible rape," says Lt. Brandon Purcell with the Fresno County Sheriff's Office.

The Fresno County Sheriff's Office says it all started with an online encounter. 36-year-old Guadalupe Gonzalez and a woman agreed to meet at an apartment in San Joaquin with the intention of going on a date.

But officials say the night took a turn when Gonzalez took her phone, held her at gunpoint and then forcibly raped her.

Investigators say he then ordered her into his two-door tan Chevy Tahoe and drove her to a rural part of Fresno County, where he forcibly raped her again.

Gonzales allegedly threw her phone into an orchard and drove away. The woman was able to call a friend to get a ride home and went to the hospital, where authorities were contacted.

"He would meet them consensually," Lt. Purcell said. "He would have conversations with them and then the real person that they were meeting with would start to surface. That predator would come out. That rapist would come out. He has shown signs of violence and he is escalating his violence."

Now, authorities believe there could be other rape victims assaulted by the same suspect who have yet to come forward. Gonzalez is 5'7", 225 pounds and has tattoos on his arm and hand.

"We really want to plead to our victims to please reach out," Lt. Purcell said. "We have people that are going to be understanding of your situation. We need help to make sure this man is put away and doesn't come back onto the streets to victimize any more women."