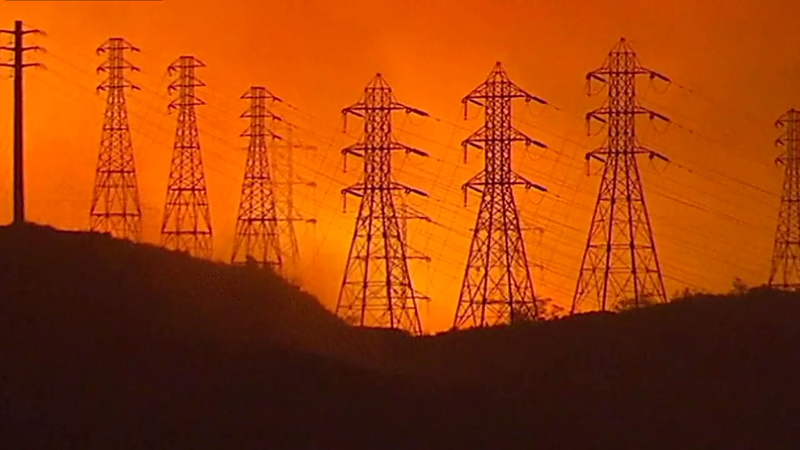 Southern California Edison is publicly acknowledging that its equipment was responsible for contributing to the start of the massive Thomas Fire, which burned more than 280,000 acres in Ventura and Santa Barbara counties.

The company acknowledged in a financial filing Tuesday that its equipment was responsible for one of at least two origin points of the fire.

The fire started on Dec. 4, 2017 and raged for more than a month, leading to the evacuation of more than 100,000 people before it was contained around Jan. 12, 2018. It is considered one of the largest wildfires in modern California history. It destroyed more than 1,000 homes and other buildings.

SCE says its electrical equipment sparked a fire near Koenigstein Road in Santa Paula. Another ignition point was in the Anlauf Canyon area of Ventura County. The two ignitions later joined to create the massive blaze. Edison says it has not determined if its equipment was also responsible for the Anlauf Canyon ignition.

"Witnesses have reported that a fire ignited along Koenigstein Road near an SCE power pole, and SCE believes that its equipment was associated with this ignition," the company said.

"SCE is continuing to analyze the progression of the fire from the Koenigstein Road ignition point and the extent of damages that may be attributable to that ignition. SCE has not determined whether the Anlauf Canyon area ignition involved SCE equipment."

The company also said CalFire has some of the utility's equipment that was removed from the area of both ignition points and the company will not be able to further analyze what happened until it is able to access that equipment.