Beer-making equipment is now filling the inside of South of Shaw Beer Company in downtown Fresno.
KFSN
By Amanda Venegas 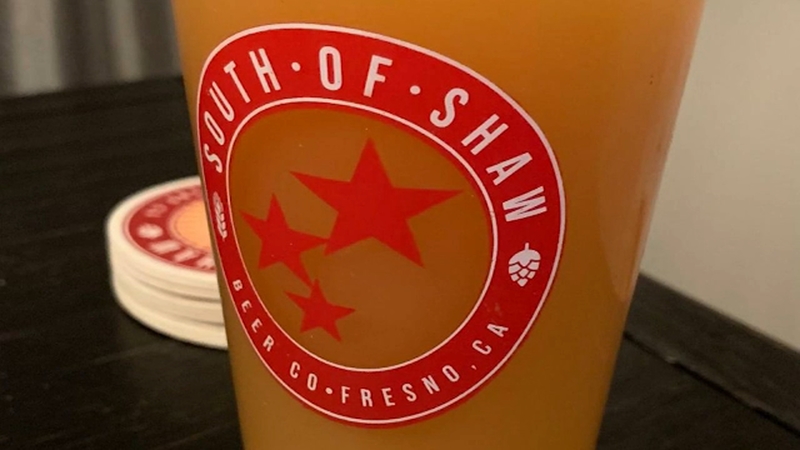 FRESNO, Calif. (KFSN) -- Beer-making equipment is now filling the inside of South of Shaw Beer Company in downtown Fresno.

"This has been such a long, long process it seems like. It's kind of nice seeing it come together, little by little. Anxious, definitely want to get it done and get it open. It's been 2 1/2 years in the making, but feels good to actually see it come alive," Doug Dart said.

Dart is one of the three owners of South of Shaw, an ode to a local 90s band and a play on traveling south of town.

The new space, along Broadway and Amador Streets, is coming together, and construction is moving ahead after delays.

South of Shaw will have 12 beers on tap and different types for beer lovers.

"I want this to be more closer to a coffee house than a bar. People can come from the neighborhood, sit down, feel safe and comfortable and hang out for a while. Then go home. We'll have pizza here. Eventually, we'll expand the menu a bit," Dart said.

People can see the brewing experience up close.

The Peerless building was built during the prohibition era during the 1920s.

Dart says they chose the spot because it just felt right for their brewing business.

"So it kind of brought back some nostalgia, but I think the growth of Downtown. I have another business downtown, and I have loved it down here. I'm not a downtown person per se originally, but I've become a fan," Dart said.

Dart says in the future, they could add other locations.

The owners say no matter the obstacles headed their way. They keep working. They hope to have people sitting around this bar enjoying beer, wine and pizza sometime in October.