Andre Drummond on offensive struggles with Los Angeles Lakers: 'Still trying to figure it out here' 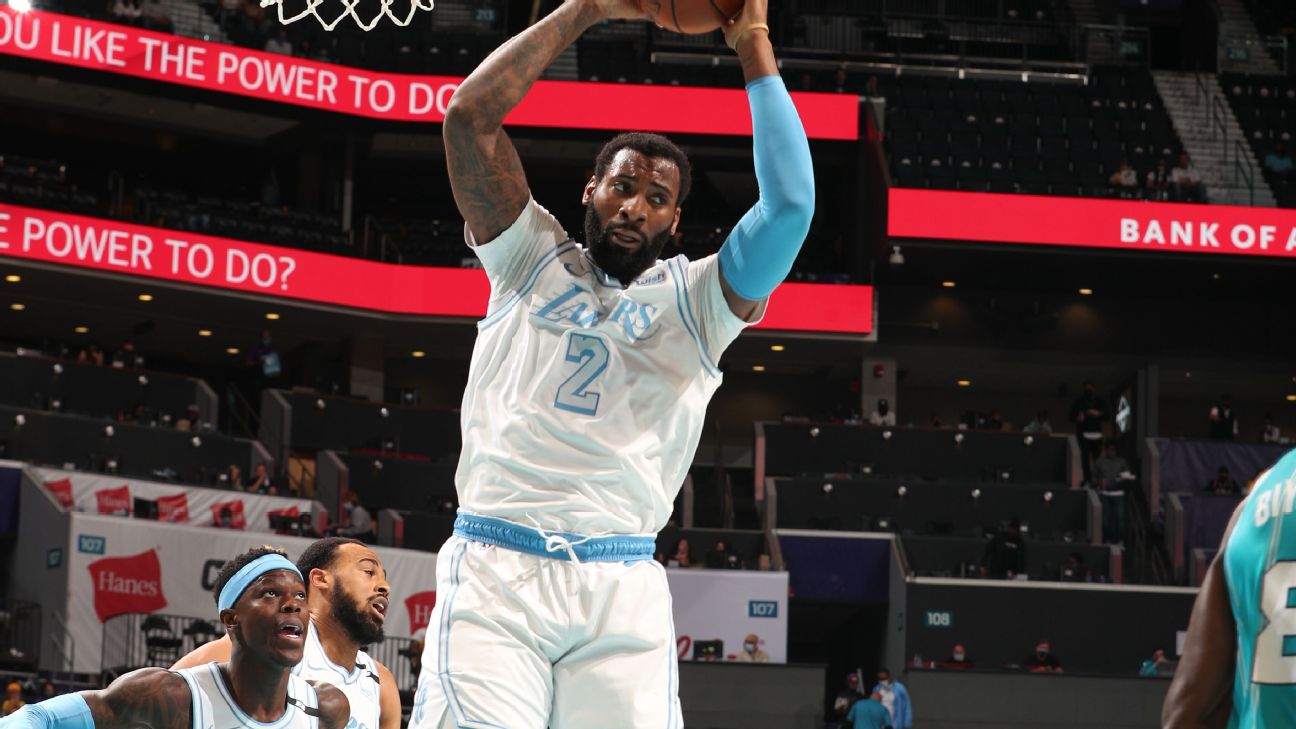 The Los Angeles Lakers' 101-93 win over the Charlotte Hornets gave L.A. -- still without superstars LeBron James and Anthony Davis -- a 4-3 record to finish a seven-game road trip, but something was missing in the middle.

Andre Drummond, signed from the buyout market last month, scored just four points on 2-for-7 shooting against the Hornets on Tuesday. This coming a night after the 6-10, 279-pound center scored just three points in a loss to the New York Knicks.


"Offensively, this is probably the worst I've played in my career," Drummond said after Tuesday's game at Spectrum Center in Charlotte. "I'm still trying to figure it out here. I'm not allowing it to take me out of my game. I know why I'm here, which is to help this team defensively. Offensively, it will come for me."

Drummond reasoned that James' and Davis' eventual returns will allow him to settle into the role he is meant to play for the defending champions.

"I think for us as a team, we're going to find a way to get it done when guys come back healthy," he said. "Because you got to think, we're playing with a different five every night when we're stepping on the court. So you can't expect us to have much chemistry when we don't know who we're playing with each and every night. So we're hanging our hat on defense and allowing that to project us to a win."


Lakers coach Frank Vogel agreed, noting that it's not just any two players L.A. is missing. They are two of the best in the game.

"Well I think having LeBron out there with him will contribute, and AD, two of the elite playmakers," Vogel said, alluding to the 10.9 combined assists the pair averaged this season before their injuries.

Vogel also cited the defensive schemes of the Knicks and Hornets, meant to take away touches in the paint. L.A.'s backup center Montrezl Harrell, averaging 14.4 points on the season, was also neutralized in the back-to-back, scoring just six points over the two games.

"The last two nights have been difficult challenges," Vogel said. "We met a really stingy defense that we played against last night that was intent to not let us post up by fronting and not letting our bigs get any post touches, and tonight they played zone the whole game, you know what I mean? You play zone to take away the post to pack it in and take away players like Trezz and Drummond.

"We just have to take what the defense gives us, which was a lot of perimeter shots, a lot of drive-and-kick situations, and it didn't result in Drum having a high point total."


Kyle Kuzma offered additional perspective, believing that Drummond is just going through the learning process that comes with joining a title-contending team, compared to the teams he played for in the past.

"I mean, it's just a process, man. It's not going to happen overnight. Rome wasn't built overnight," Kuzma said. "I think for him, it's a big adjustment. When you think about it, he's kind of never really been coached in his career -- in Detroit, in Cleveland and then coming here to a championship organization, it's tough. It's tough."

Kuzma said Drummond has been a quick study by speaking up when he has a question and immersing himself in the challenge.

"It's a huge difference [between] when you're playing basketball and winning basketball," Kuzma said. "He's handled it well, and it's an adjustment period, and I think once the two big dogs get back, it's going to be much, much easier for him because it's going to be a lot more simplified. And you'll see some big impact games from him down the road." 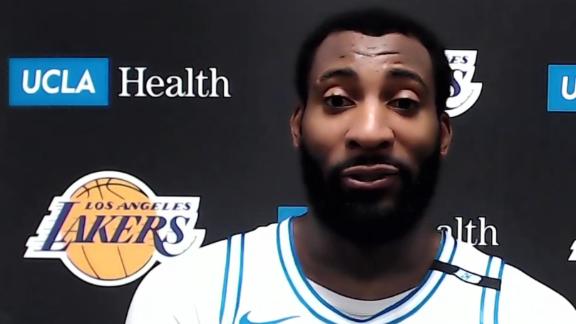