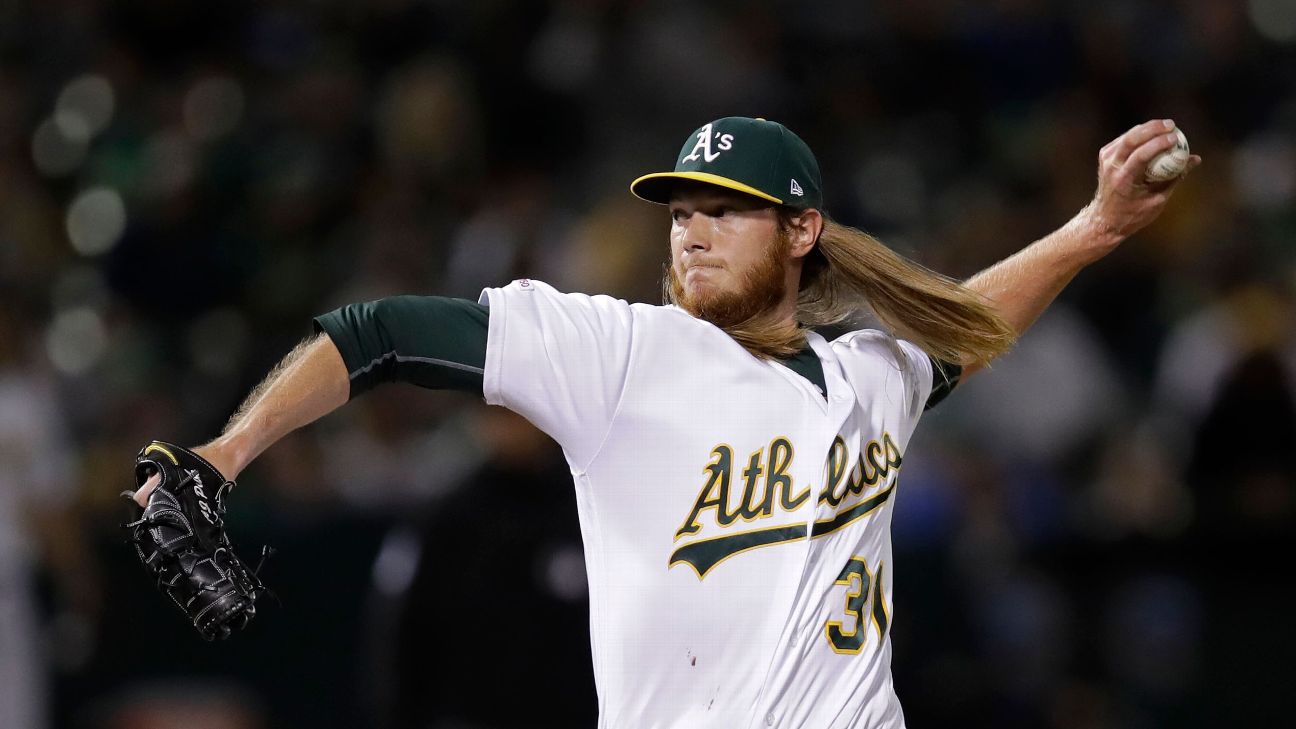 "It's still all about just getting out there and just get the cobwebs off," said Puk, who pitched a scoreless inning against the Chicago Cubs last weekend.

"They brought a lot of their big boys over here. So it's good to see. You want him to have that kind of look," Oakland manager Bob Melvin said. "Especially early in the spring. Really good again with all his pitches."

The former first round pick pitched 10 straight scoreless innings in spring training two years ago before arm discomfort in what was his last outing led to season-ending Tommy John surgery.

Puk returned to game action in the minor leagues last June and returned to the A's in August. He pitched 11 1/3 innings in 10 relief appearances with 13 strikeouts, five walks and a 3.18 ERA. He is projected to be in the starting rotation along with another young lefty pitching prospect, Jesus Luzardo.

"Just happy I'm feeling good, and really excited," Puk said. "Still just getting my mechanics synched up. I'm really happy to be in my starter's routine and I'd like to just keep building off that and building a program I like."

Puk said knowing and seeing other pitchers come back from the surgery and pitch well helped him get through the rehab process. Melvin hopes Puk can throw out 50 pitches in his next outing.

"As soon as you get drafted, you're thinking about getting up here and just contributing to the team," Puk said. "The situation where we are now is great. We've got a great team here. Just happy to be a part of it."
Report a correction or typo
Related topics:
sportsespnnewsoakland athleticsaj puk
Copyright © 2020 ESPN Internet Ventures. All rights reserved.
More Videos
From CNN Newsource affiliates
TOP STORIES