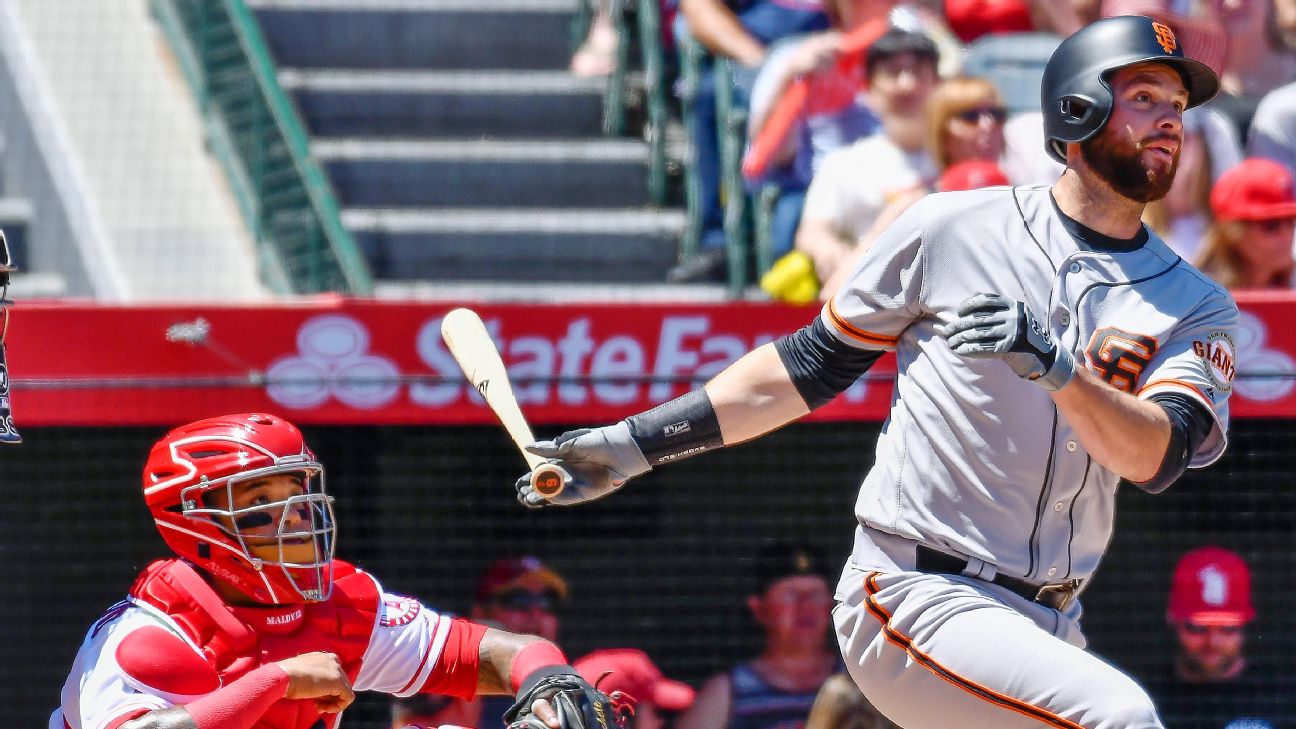 SAN FRANCISCO -- Giants first baseman Brandon Belt has been scratched from Saturday's lineup with a stiff neck, less than 12 hours after scoring the winning run in the 18th inning of San Francisco's 3-2 win over the Colorado Rockies.

Pablo Sandoval replaced Belt at first base and batted sixth.

On Friday night, Sandoval doubled as a pinch-hitter and scored in the sixth inning. Belt doubled leading off the eighth against DJ Johnson and moved to third after the Rockies walked two batters to load the bases.