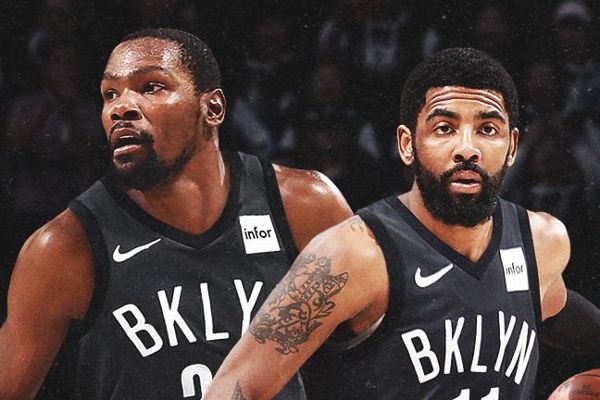 Free-agent All-NBA star Kevin Durant plans to sign a four-year contract worth up to $164 million to play for the Brooklyn Nets.

Durant will join free agents Kyrie Irving and DeAndre Jordan, who also plan to sign with the franchise. Players can officially sign their contracts starting Saturday.

Irving will sign for four years in a deal worth up to $141 million, league sources said, while Jordan has agreed to a four-year, $40 million deal, Excel Sports agent Jeff Schwartz told ESPN on Sunday.

As part of the agreement to sign with Brooklyn, Durant and Irving are taking less than the max -- forgoing between $4 million and $5 million each annually -- to allow Jordan to get to $10 million a year, league sources said.

To sign Jordan, Irving would have to commit to a four-year, $122 million contract. In the case of Durant, the injured forward's contract would come in at $137 million. However, Brooklyn can structure Durant's and Irving's contracts to include 15% of unlikely bonuses in each year. If the bonuses are reached, both players would recoup the lost earnings, getting Durant back to $164 million and Irving back to $141 million.

Irving posted a video on Instagram Monday announcing that he was going to the Nets.

In the video,Irving, who grew up in Montclair, New Jersey, says it has been a dream since he was in fourth grade to play with the Nets. When they went to the NBA Finals in 2003, the Nets played in New Jersey.

"In my heart, I always knew I wanted to play at home," he says.

"I wouldn't change anything about this journey," he adds. "It's brought me back here and that's home, and home is where my family is, home is where I want my legacy to continue. And I'm happy to be in Brooklyn."

The deals mark a remarkable chain of events for a franchise that general manager Sean Marks and coach Kenny Atkinson found in disrepair less than four years ago.

Across town, the New York Knicks and owner Jim Dolan were not prepared to offer Durant a full max contract because of concerns over his recovery from the Achilles tendon injury that is likely to sideline him for all of next season, league sources told ESPN.

After ESPN reported the planned deals, Caesars Sportsbook shortened the Nets' odds to win the 2019-20 title to 18-1 from 25-1 on Sunday afternoon, following some bets on Brooklyn placed at the company's New Jersey shops, a sportsbook manager said.

Durant declined his $31.5 million player option in June, officially setting him up for unrestricted free agency. He was eligible to remain with the Golden State Warriors on a five-year, $221 million deal, or to sign a four-year, $164 million deal with another team.

Leading up to free agency, Durant and business partner Rich Kleiman had been in New York, where they mulled the star forward's free-agency options. Durant had been considering a number of scenarios, including a return to Golden State, while the LA Clippers also were believed to be a consideration beyond Brooklyn and the New York Knicks, sources had told ESPN.

Durant and Kleiman met with Warriors general manager Bob Myers on Sunday in New York and delivered him the news on the decision to leave Golden State, league sources told ESPN. The other teams were informed later in the day.

The Nets and all the teams that were in the Durant sweepstakes knew they likely would be without his services for the entire 2019-20 season. Durant ruptured his right Achilles in Game 5 of the NBA Finals on June 10 in Toronto, a devastating injury that changed the entire dynamic of the NBA offseason. He underwent surgery at the Hospital for Special Surgery in New York on June 12.

The Achilles tear, suffered as he tried to drive past Toronto Raptors big man Serge Ibaka in the second quarter, came after Durant had missed a month-plus of the playoffs with a right calf injury suffered May 8 against the Houston Rockets in Game 5 of the Western Conference semifinals. The Raptors game had marked his return to the court, but it proved short-lived, and Toronto won the Finals in Game 6 at Oracle Arena in Oakland, California.

The second overall pick in the 2007 draft, Durant spent his first nine NBA seasons with Seattle/Oklahoma City, then signed with the Warriors in 2016 to give them a superteam that included fellow All-Stars Stephen Curry, Klay Thompson and Draymond Green.

A year ago, it seemed as though Irving would be in Boston for the long term.

In a season-ticket holder meeting in October, he declared: "If you'll have me, I'll re-sign." Around the same time, he made a commercial with his father, Drederick, inside an empty TD Garden, and spoke of ensuring no one else ever would wear No. 11 for the Celtics.

After a disappointing season for the Celtics, however, things are much different now. Individually, Irving had one of the best seasons of his career, and was a deserving second-team All-NBA selection. Boston, however, did not nearly live up to the lofty preseason expectations for the franchise, and flamed out in five games in the second round of the playoffs against the Milwaukee Bucks -- with Irving going a combined 21-for-65 in the final three games of that series (all losses).

Along the way, he got into repeated public back-and-forths with the team's younger players, and also announced after a victory over the Raptors in January that he'd made up with James. Their relationship wasn't in a good place when Irving requested a trade away from the Cleveland Cavaliers in 2017. And his free agency officially became a hot-button topic Feb. 1 at Madison Square Garden when he announced, "Ask me July 1," when asked whether he'd stay in Boston, later adding, "I don't owe anybody s---."

After 10 seasons with the Clippers, Jordan signed a one-year, $22.9 million deal with the Dallas Mavericks last offseason. The center made 50 starts for Dallas, averaging 11.0 points and 13.7 rebounds before being dealt to the Knicks in late January as part of the Kristaps Porzingis blockbuster.

New York convinced Jordan not to seek a buyout after the trade, hoping he could mentor some of the team's younger big men, notably Mitchell Robinson. Jordan saw his playing time dwindle as the Knicks went with younger lineups, and he was a DNP-coach's decision in the team's final seven games.

Jordan, who turns 31 on July 21, acknowledged it was "strange" not to be a regular but called the decision mutual. And while New York endured another playoff-less season, going a league-worst 17-65, the unrestricted free agent said he liked the franchise's direction.

"I love it here," Jordan told the New York Post late in the season. "I love what [first-year coach David Fizdale] is doing here. Obviously there's a lot of things that these guys want to do to get better, to better the organization. We'll see what happens."

ESPN's Bobby Marks and Tim Bontemps contributed to this report. 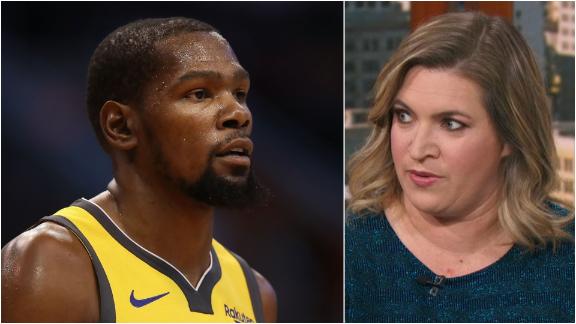 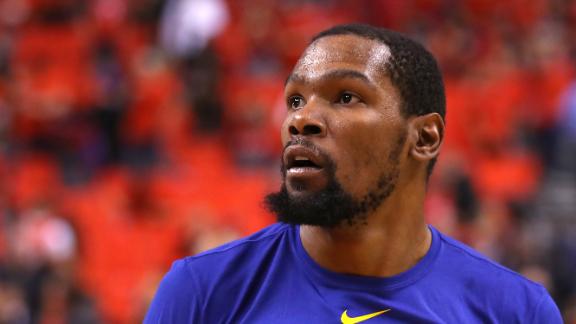