Brown: 'No way' he plays after losing guarantees 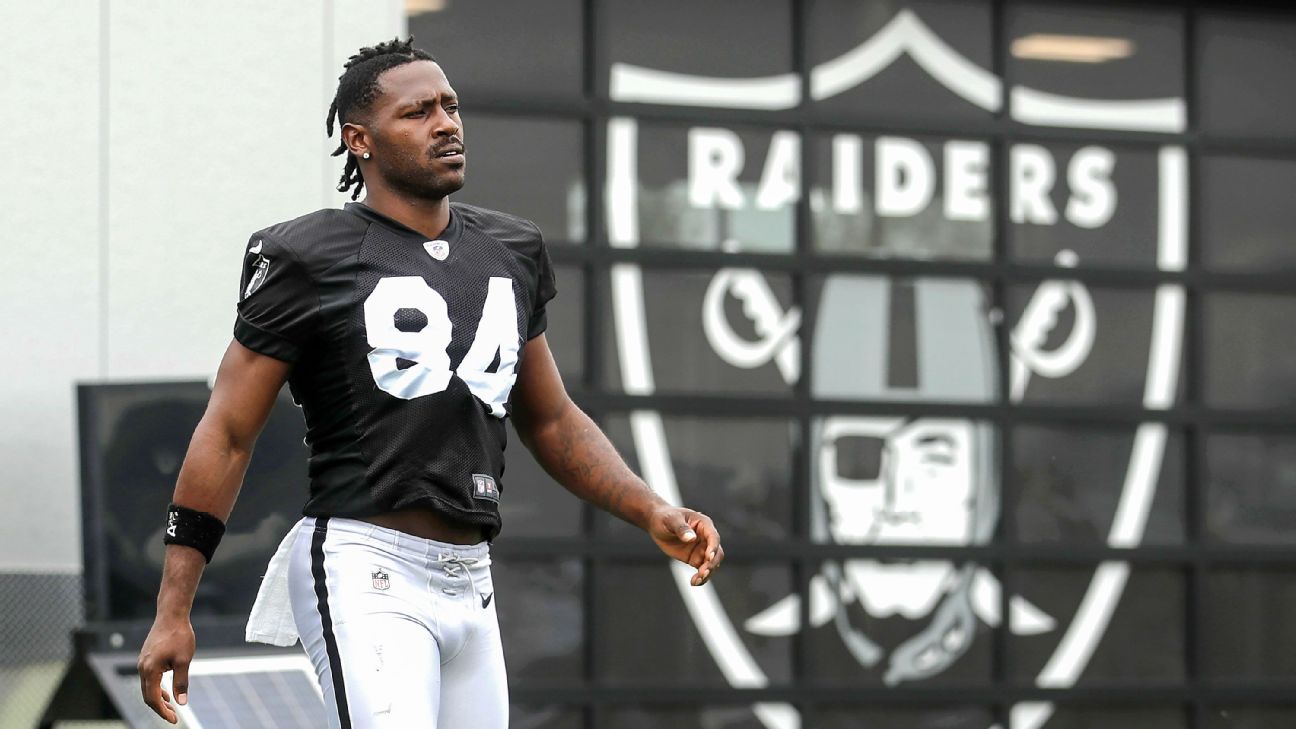 Once again,Antonio Brown's status for Monday Night Football is in doubt.

Brown told ESPN's Jeff Darlington in an email Saturday that there is "no way" he plays for the Oakland Raiders.

The Pro Bowl wide receiver said this is his stance after the team "took away my [contract] guarantees." He added: "no way I play after they took that and made my contract week to week."

By fining Brown, the Raiders voided the $29.125 million worth of guaranteed money in his deal, sources told Schefter.

In addition, the Raiders sent Brown a letter stating that he no longer will be entitled to termination pay in the event that they release him, sources told Schefter.

As a result, Brown would be playing on a week-to-week basis with both his guaranteed money voided and lack of termination pay.

A source told ESPN's Ed Werder on Friday night that Brown was fined an unspecified amount for a confrontation with general manager Mike Mayock and the wide receiver was "not happy" about the fine.

Brown took to Instagram on Saturday morning and said, in part, "I have worked my whole life to prove that the system is blind to see talent like mines.Now that everyone sees it, they want me to conform to that same system that has failed me all those years. 'I'm not mad at anyone. I'm just asking for the freedom to prove them all wrong.' Release me @Raiders."

The latest turn in this saga comes a day after coach Jon Gruden said the plan was for Brown to play in the team's Week 1 opener on Monday Night Football against the Denver Broncos.

Brown and the team became at odds after Brown received a letter from Mayock outlining a series of fines levied for missing time during training camp that totaled $54,000.

Sources told ESPN's Josina Anderson on Friday that Brown initiated the confrontation with Mayock on Wednesday and in the process unleashed a barrage of "cuss words" at the GM and called Mayock a "cracker." Brown spoke with ESPN's Dianna Russini later Friday and denied he used the word "cracker."

Sources told Anderson that Brown issued an "emotional apology" to the team Friday and he had the support of the Raiders' captains. Later Friday, Brown addressed the media and made a public apology.

On Friday night, Brown posted a video on YouTube of a private phone call he had with Gruden.

In the video, which lasted 1 minute, 57 seconds, Brown is heard taking a call from Gruden, who asks the receiver: "What the hell is going on, man?"

Brown answered: "Just a villain all over the news, man."

Gruden then called Brown "the most misunderstood" person he has met, before asking him: "Do you want to be a Raider or not?"

Brown answered: "Man, I've been trying to be a Raider since day one. I've been f---ing working my ass off harder than anyone. I don't know why it's a question of me being a Raider. It's like do you guys want me to be a Raider?"

Gruden then asked the receiver to stop the off-the-field stuff and "just play football."

"How hard is that?" Gruden could be heard saying. "You're a great football player. Just play football."

Brown then told his coach it's not that simple.

It wasn't immediately clear when the call between Brown and Gruden took place. A Raiders source told ESPN's Chris Mortensen on Friday night that Gruden was truly amused by the video and even thought it was "awesome."

That sentiment has likely changed with the team now two days away from its Monday night opener and the status of its franchise wideout as uncertain as ever.

The latest twist in the soap opera has led Ceasars Sportsbook to adjust its line. Denver is now -1 after being -2 and the total has moved from 43 to 42.5. 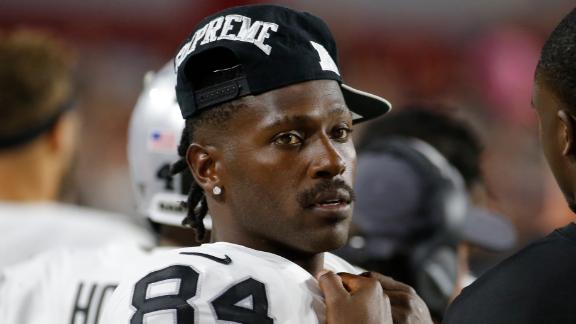