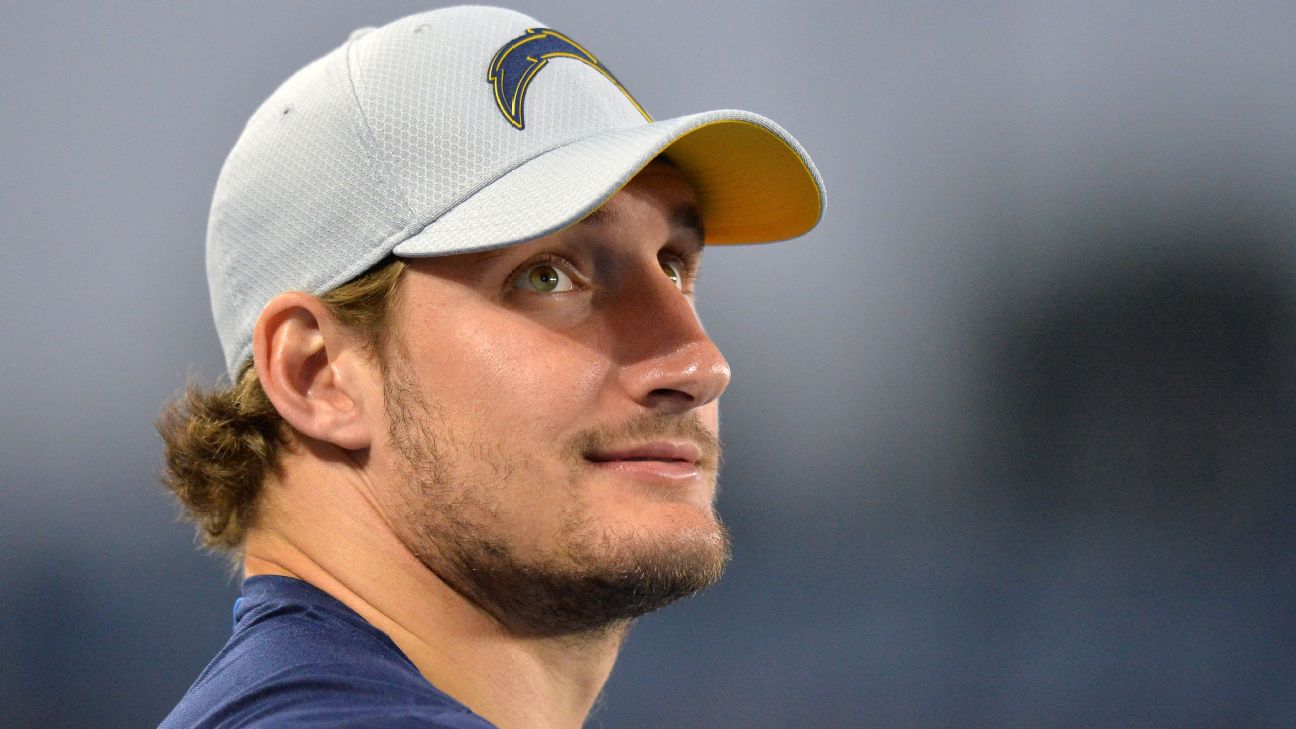 ESPN
By Eric Williams
COSTA MESA, Calif. -- Los Angeles Chargersdefensive endJoey Bosa told reporters on Wednesday that he likely will be out at least until Week 8, his team's bye week, while he rehabs from a bruised bone in his left foot that he suffered during training camp.

After seeing foot specialist Robert Anderson in Green Bay two weeks ago for a second opinion, Bosa got his cast off this week and is in a protective boot. The Ohio State product said he still has instability in the tendon of his left foot but remains optimistic that he can avoid surgery.

"It's going to be a few more weeks [until he can get back on the field], and then when that time comes it's really one day at a time," Bosa said. "Right now we're really trying to prevent surgery, which is looking good as long as I take my time and do everything right.

Bosa suffered the initial left foot injury on Aug. 7 during 11-on-11 team drills in practice. Bosa did not participate in any preseason games. However, the Chargers considered his injury minor and the expectation was he would be ready for the beginning of the regular season.

That all changed in the lead-up to the team's season opener against the Kansas City Chiefs, when Chargers coach Anthony Lynn said Bosa might not play after being a limited participant in practice that week. Bosa said he re-aggravated the injury in his first practice back because he was trying to push too hard to get back on the field.

"I knew out there I wasn't ready to go," Bosa said. "I thought maybe if I could get through that week without pain I maybe could be ready, but I think it's honestly a blessing that I hurt myself like that, because if I would have went out on game day I would have destroyed my foot, and we wouldn't be having this conversation right now."

The Chargers are 1-2 without Bosa, struggling to generate a consistent pass rush. Bosa said it has been tough to watch the first three games because he knows he could have an impact if healthy.

"When I walked into the locker room for KC, it really hit me, seeing all of the guys warming up and getting ready," Bosa said. "I'm trying to look forward. I'm trying to just stay positive about it because it's the only thing I can do right now. I can try and stay around and help all the young guys, helpIsaac [Rochell]in his position right now. Just continue to try and be part of this team."

Bosa said the hope is that he's running in a few more weeks, and at that point he can determine whether or not he'll need surgery to repair the injury.

"I'm just looking logically how I need to go forward on this to help the team as much as I possibly can."
Report a correction or typo
Related topics:
sportsespnlos angeles chargersderehabnflfoot injuryboltsjoey bosa
Copyright © 2020 ESPN Internet Ventures. All rights reserved.
More Videos
From CNN Newsource affiliates
TOP STORIES