Emotional 'Chicharito' on death of legend grandfather: 'Hard to train' 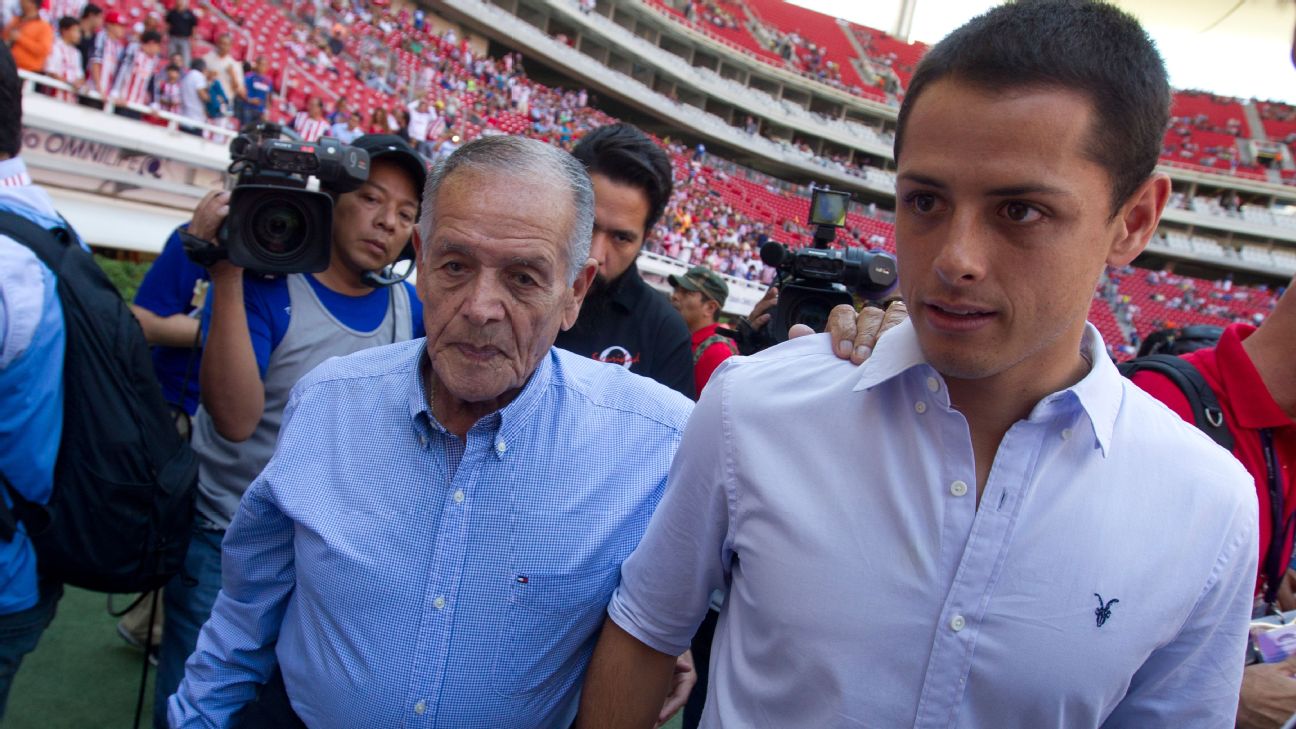 Javier "Chicharito" Hernandez has found it hard to train since his grandfather Tomas Balazcar died on Sunday aged 88, with the situation further complicated by not being able to travel to Guadalajara to be with his family due to the coronavirus pandemic.

Hernandez fought back the tears as he remembered his grandfather, who played in the 1954 World Cup for Mexico and was part of the Chivas team that won the club's first championship in 1957.

"It's hard not being with all of my family, but I know that my family is united, that they are all in Guadalajara and that my grandmother is not alone," said Hernandez in an Instagram live. "I'll will try, when all this has stabilized a little more, to go to Guadalajara. For the moment I can't, [my wife] Sarah is pregnant and we've taken all the necessary measures.

"Maybe in the future I can do something to remember my grandfather."

Hernandez followed in Balcazar's footsteps for both club and country, something that his grandfather was proud of.

The father of Hernandez's mother, Balcazar is highly revered in Guadalajara and had a street a named after him in the city. Hernandez's father, also named Javier, was part of Mexico's 1986 World Cup squad.

Hernandez admitted that training has been difficult, but that he can imagine his grandfather pushing him on.

"It's tough to do exercise because it reminds me a lot of him," stated Hernandez. "I imagine my grandfather say, 'come on, a------, get training!'"

The LA Galaxy striker also gave a message to those that have been in touch with him and his family.

"I'm very thankful to the people that have remembered him, his happiness, his joy, his love for football, his love for our Chivas," said Hernandez.
Report a correction or typo
Related topics:
sportsespnmexicoguadalajaramexican liga bbva mxla galaxyjavier hernandez
Copyright © 2020 ESPN Internet Ventures. All rights reserved.
More Videos
From CNN Newsource affiliates
TOP STORIES