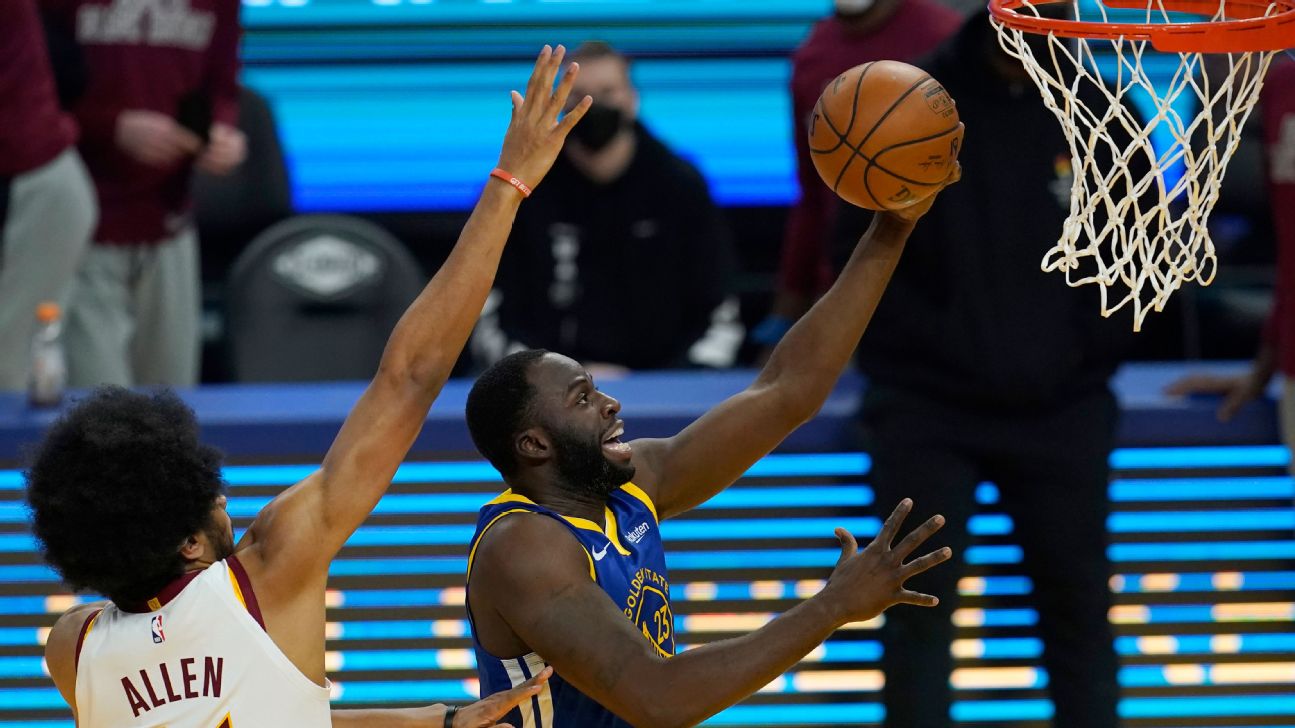 SAN FRANCISCO -- Golden State Warriors forward Draymond Green devoted almost the entirety of his postgame news conference Monday night to calling out the NBA's treatment of its players, while citing various examples of double standards around the league.

Green's unprompted, three-minute statement came on the heels of the Cleveland Cavaliers -- Golden State's opponent on Monday -- deciding to sit center Andre Drummond until they find a trade to make.


"I would like to talk about something that's really bothering me," Green said after the Warriors' 129-98 win. "And it's the treatment of players in this league. To watch Andre Drummond, before the game, sit on the sidelines, then go to the back, and to come out in street clothes because a team is going to trade him, it's bulls---."

As ESPN's Adrian Wojnarowski and Brian Windhorst reported Monday, the Cavs are transitioning to new center Jarrett Allen and "believe it's unfair to Drummond to limit his minutes as the organization transitions to Allen."

Drummond, who was in street clothes at Chase Center sitting on the Cavs bench throughout most of Monday's contest, caught up with Green for a few moments prior to tipoff. While it's unclear what the pair discussed, Green's message was pointed as he stepped to the podium after the game.

"And we're seeing situations of Harrison Barnes getting pulled off the bench," Green said. "Or DeMarcus Cousins finding out he's traded in an interview after the All-Star Game, and we continue to let this happen. But I got fined for stating my opinion on what I thought should happen with another player, but teams can come out and continue to say, 'Oh, we're trading guys, we're not playing you.' And yet we're to stay professional."

Green, who has long been an outspoken critic when it comes to issues he feels strongly about, was fined $50,000 for comments made during his time as a guest analyst for Turner Sports during the NBA restart in Orlando, Florida, last season, when he expressed his feelings that Phoenix Suns guard Devin Booker should leave the organization.


"At some point, as players, we need to be treated with the same respect," Green said. "And have the same rights that the team can have. Because as a player, you're the worst person in the world when you want a different situation. But a team can say they're trading you. And that man is to stay in shape, he is to stay professional. And if not, his career is on the line. At some point, this league has to protect the players from embarrassment like that."

Green's words came on the same dayDetroit Pistonsgeneral manager Troy Weaver told ESPN that the team would sit former All-Star Blake Griffin as it tries to work out a deal or a potential buyout.

"We talk all of this stuff about: 'You can't do this, you can't say this publicly,'" Green said. "If you say that publicly ... Anthony Davis got fined I think $100,000 or something like that for demanding a trade, but you can say Andre Drummond's getting traded publicly and we're looking to trade him publicly, and he's to stay professional and just deal with it?

"And then when Kyrie Irving says, 'Oh, my mental health is off,' everybody go crazy about that too. Do you not think that affects someone mentally? As much as we put into this game to be great, to come out here and be in shape, to produce for fans every single night, and most importantly, to help your team win, do you think that doesn't affect someone mentally?"

Green's statement came on a night in which he tied his career high with 16 assists. His news conference started with a question centering around the relationship he has built with Stephen Curry through the years, as Curry's high point totals can sometimes coincide with big assist totals for Green. After answering that question for about 30 seconds, Green veered into the topic of player treatment.

"As players, we're told to, 'Ah, no, you can't say that, you can't say this,'" Green said. "But teams can? It goes along the same lines of when everyone wants to say, 'Ah, man, that young guy can't figure it out.' But no one wants to say the organization can't figure it out. At some point, the players must be respected in these situations, and it's ridiculous, and I'm sick of seeing it. Y'all have a great night. I'll see y'all [Tuesday] or Wednesday." 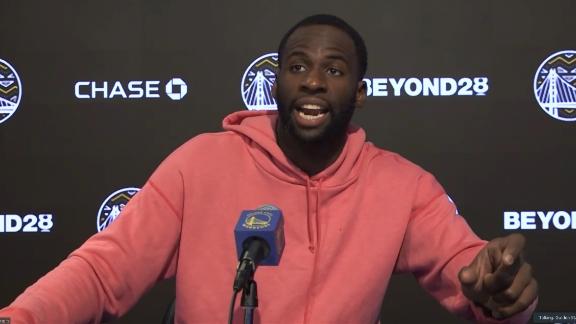