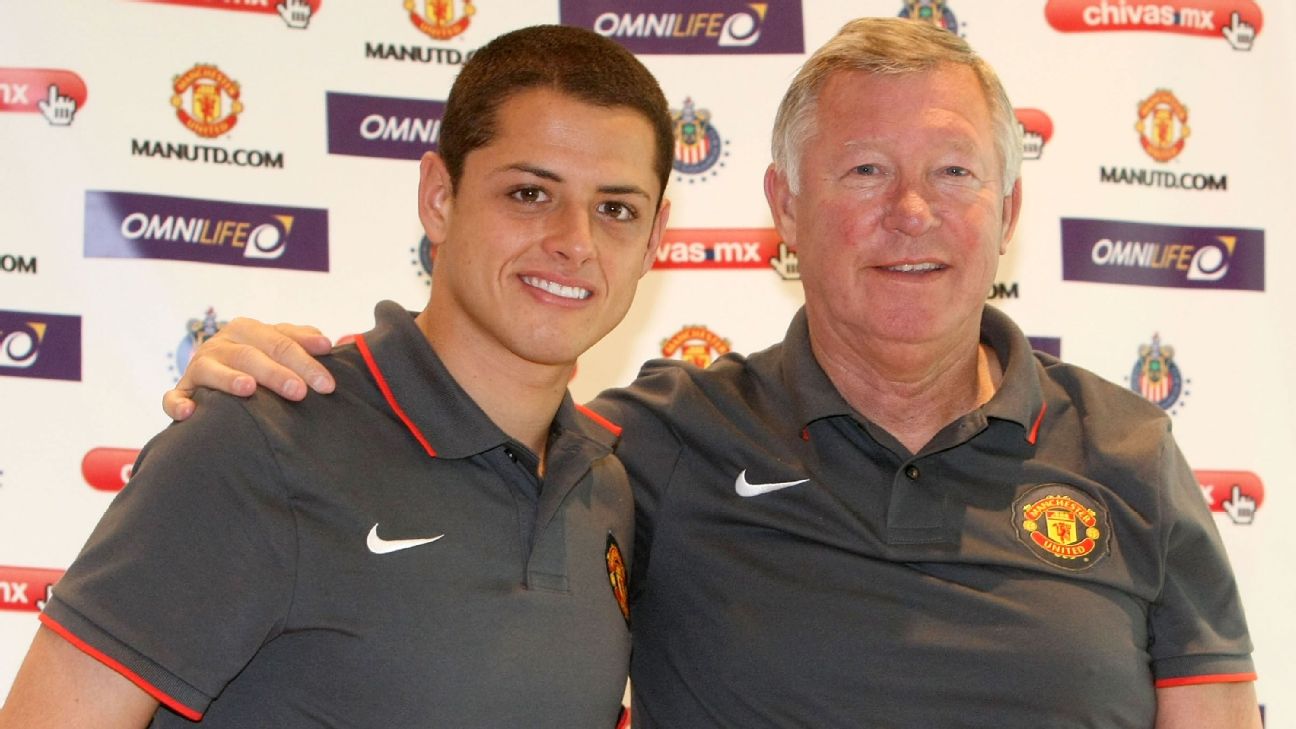 A beaming Javier "Chicharito" Hernandez, holding a Manchester United shirt, appeared on the front of Guadalajara newspaper El Informador on the morning of April 8, 2010. Ten years on, it's difficult to convey how much of a shock the photo was, even more so given recent LA Galaxy addition Hernandez would go on to become the standard bearer for Mexican football in Europe during the 2010s, forging a club career that arguably only trails El Tri legends Hugo Sanchez and Rafa Marquez.

It wasn't Dia de los Inocentes (the equivalent of April Fool's Day in Mexico), although it felt like the type of story that would've been perfect for it. Instead, Hernandez's move from Chivas to United was real, and it was the most pleasantly surprising signing in the history of Mexican soccer, at least in terms of an overseas transfer.

-Stream every episode of 30 for 30: Soccer Stories on ESPN+

It's worth remembering the era in which this move happened. Journalism via social media was still in its infancy. Nothing had been leaked to the press, either in Mexico or in England. There were no rumors. It was just there on the front of the newspaper: Hernandez's baby-faced beam next to the sly smile of Sir Alex Ferguson.

Before Chicharito's European journey would take him from Old Trafford toReal Madrid, then Bayer Leverkusen and finally Sevilla, he was a 21-year-old with only three caps for Mexico. He'd only become somewhat of a regular starter for Chivas a year earlier, toward the end of the 2009 Clausura. Before then, Hernandez had considered giving it all up.

United had gone out of the Champions League to Bayern Munich the day before, with Wayne Rooney playing through an ankle injury. A signing announcement to deflect the news? Possibly, but signing an unknown Mexican striker raised eyebrows in England as well, and journalists scrambled for information about United's newest player.

Yet the deal was done and Hernandez was already in Manchester. Hernandez and his parents had even kept the news from the player's grandparents. They couldn't believe it. "I told him that he's going to give me a heart attack, and he just laughed," said grandfather Tomas Balcazar in 2010 upon receiving the news.

In Guadalajara by that point, Hernandez was the talk of the town. Eight goals in the first eight games -- all of which Chivas won -- of the 2010 Bicentenario season had people paying attention.

The striker's backstory was already well-known, even before Hernandez started to bang in the goals for Chivas. Grandfather Don Tomas, the father of Hernandez's mother, is highly revered as part of the great campeonisimo era at Chivas; he even has a street in the city named after him. Javier's father had played for Morelia, Atlas, Tecos and Puebla and was part of Mexico's 1986 World Cup squad.

But even with 21 goals in 28 games for Chivas in the course of two league seasons, there wasn't a sense Hernandez was ready to play at the elite level anytime soon. The general consensus was that Hernandez was a player who could make the jump to a mid-level European club, as Rafa Marquez had done from Atlas to Monaco, before establishing himself in Europe and joining Barcelona.

Ferguson's Premier League and Champions League chasing Manchester United was the very elite at that point. Not many had seen what Manchester United's chief scout Jim Lawlor had picked up on, after being tipped off by Pachuca's Marco Garces, who had studied in Liverpool and got to know Lawlor.

One of the great dilemmas in football scouting is judging how to translate strengths and weaknesses of a player from a lower-quality league to one of the biggest and best. Watching Hernandez play in the highly technical, but slow-paced Mexican league would've caused an internal debate at Manchester United. He certainly stood out.

The archetypical Mexican player is technical and likes time on the ball, but Hernandez was a very different breed; much less technical in many ways, he was quick on his feet and had a superior level of mental alertness than anyone else in and around the box.

Lawlor and Ferguson saw a player with an innate understanding of movement in the penalty area, an ability to occupy defenders and move them out of position, combined with an obsession with finding a way to get the ball into the goal (see Hernandez's goals with the back of his head and his face).

Off the field, Hernandez was a kid who kneeled to pray before matches. He had studied at a private university and he already spoke enough English to get by in the dressing room. The striker had also been brought up in a household in which professional soccer was part of the fabric.

A trip to grandfather Balcazar's house in a pleasant Guadalajara neighborhood -- although not as nice as the Bugambilias area in which Hernandez grew up -- to do a story for Manchester United's club website shortly after the signing was testament to that.

Sat in the back "football room" decorated with photos, trophies and medals from his playing days, Balcazar explained how he had grown up without any luxury in the working class Mexicaltzingo neighborhood of Guadalajara and talked about his grandson's mentality.

Even today, it's his make-up that Hernandez cites as being the key to successfully making the huge jump up from Mexico to Manchester.

"There were millions [of players] with footballing talent, but not with [the right] mentality," said Hernandez earlier this week in an Instagram live video with ESPN's Sergio Dipp. "I could've stayed with my family in Guadalajara and not challenged myself."

In the same visit, Hernandez's father jotted down notes about places in Manchester to visit, spoke about his son inheriting his leap to win headers and took a call from a French journalist about the upcoming World Cup game -- if I remember correctly he jokingly predicted a 4-0 win for Mexico. Grandmother "Doña Lucha" (an affectionate nickname) was welcoming, offering drinks and joking with her husband. Hernandez's younger sister was asleep on the couch.

The family's middle-class Guadalajara-centric world with all its courtesy and joviality was about to be turned on its head with the move to Manchester.

Two months later, Hernandez would score for Mexico against France in the 2010 World Cup, replicating what his grandfather had done against the same opposition in 1954. It's still Hernandez's most cherished goal.

The rollercoaster continued. Hernandez netted on his debut for Manchester United against the MLS All-Star team in Houston on July 28. Two days later, he scored the first ever goal in Chivas' new Estadio Omnilife while wearing the Chivas jersey. As part of the deal to take him to Manchester, Chivas had asked for a friendly to open the new stadium. Hernandez played the first half for his former club, before coming out for the second period in a United shirt. He left the field minutes later to a standing ovation.

Thirteen months after signing for the Red Devils, Hernandez had won a Premier League winners medal and started for United in the Champions League final against Barcelona. Quite a response to those in Mexico, who thought that he would struggle to make the bench that first season. 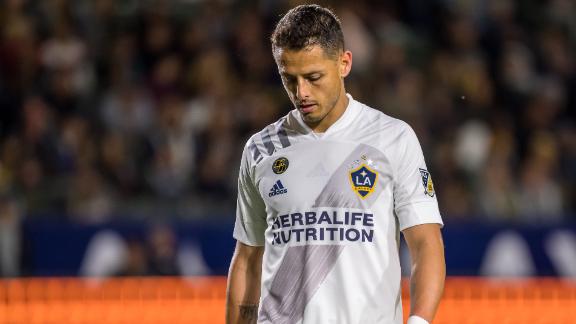 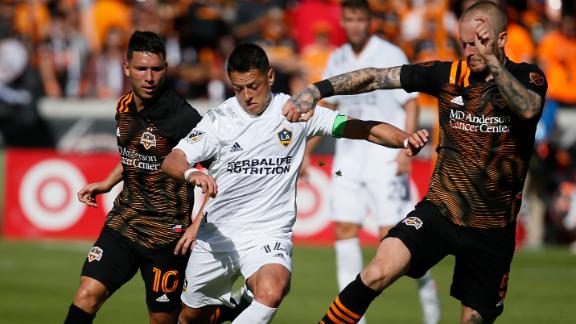 Mike Magee: Chicharito is going to work harder than Zlatan
Former LA Galaxy players Alan Gordon and Mike Magee join Taylor Twellman to assess the state of the current side. 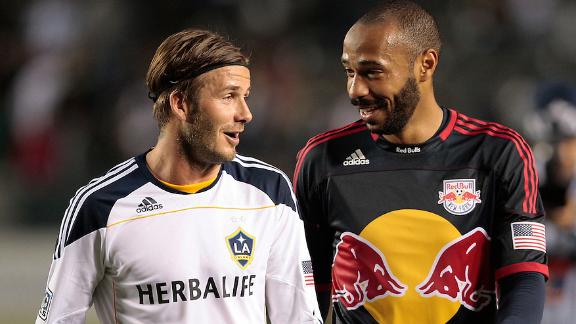 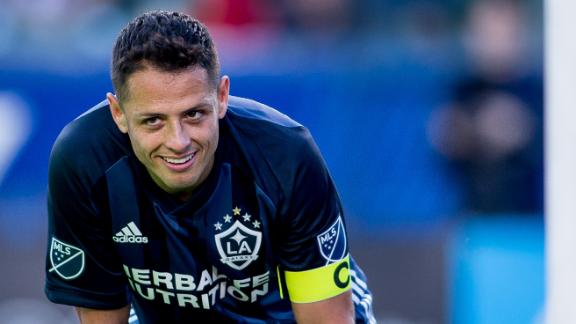 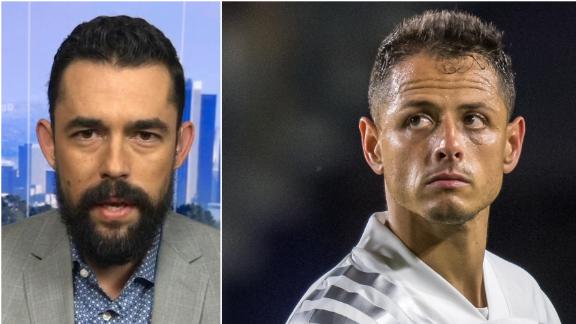