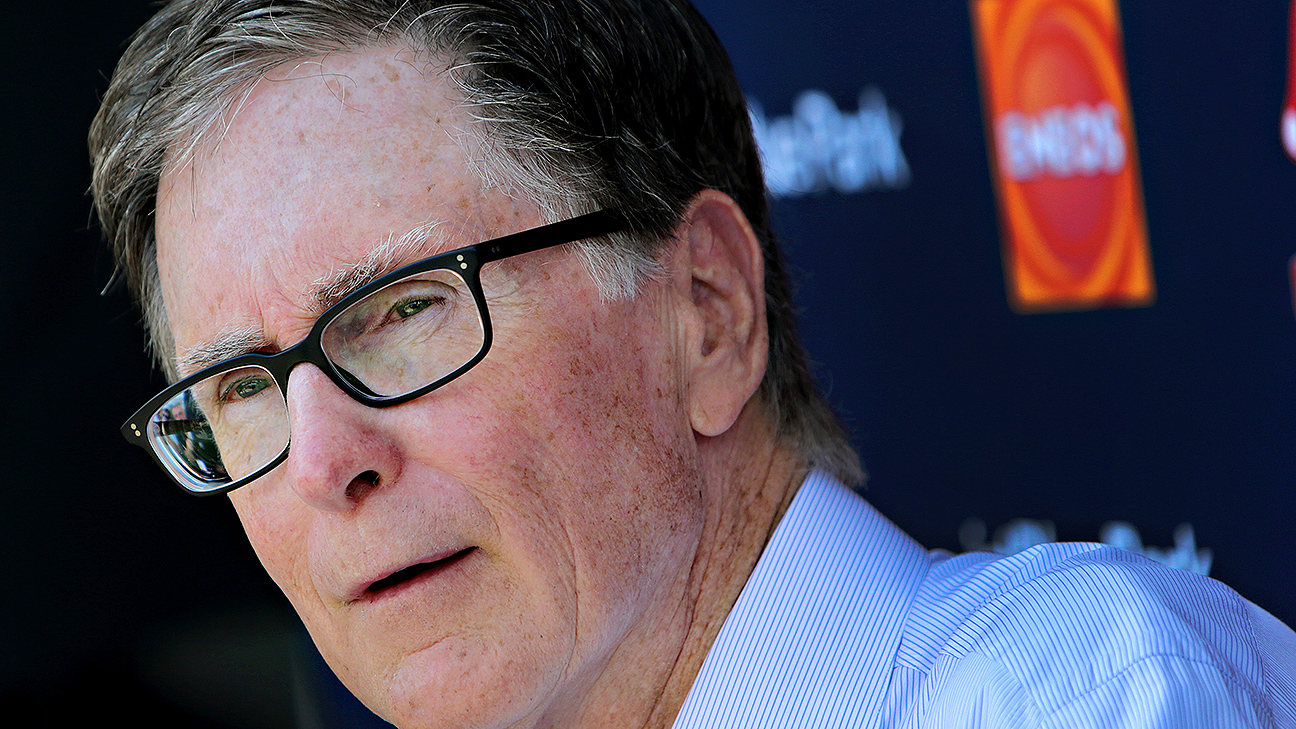 FORT MYERS, Fla. -- Boston Red Sox owner John Henry addressed the media for the first time since his team dealt Mookie Betts to the Los Angeles Dodgers, attempting to explain the move to a fan base that is incensed over the trade of the 27-year-old homegrown MVP.

"The baseball organizations that we compete against have become much more strategic and thoughtful about how and when they spend their resources in their question for titles," Henry said in prepared remarks. "We cannot shy away from tough decisions required to aggressively compete for the World Series. That's what led to this trade."

Henry, chairman Tom Werner and president Sam Kennedy all denied that the primary reason behind the trade was to cut payroll and get below the competitive balance tax threshold. Henry had expressed his desire for the team to cut payroll in September, before clarifying that it was a "goal" not a "mandate." A few days after Henry's initial comments, Kennedy said it would be difficult for Boston to keep both Betts and J.D. Martinez, who had an opt-out in his contract after 2019, for the 2020 season.

Henry has called the notion that the team was looking to get under the CBT a "media-driven" narrative. On Monday, he said that the team could not afford to let Betts walk away in free-agency without getting a bigger return than a compensation draft pick.

"In today's game, there's a cost to losing a great player in free agency, one that cannot nearly be made up by the draft pick given," Henry said. "We've seen examples of this recently. We at the Red Sox will remember this as one of the toughest, one of the most difficult decisions we've ever had to make. ... We felt we could not sit on our hands and lose him this offseason without getting value in return to help us on our path forward. We carefully considered the alternative over the last year and made a decision when this opportunity presented itself to acquire substantial young talent for the years ahead."

"You don't trade Mookie Betts to get under the CBT," Kennedy said. "We traded Mookie Betts and David Price and got back significant value in return."

Boston found itself lacking payroll flexibility when former general manager Dave Dombrowski was granted autonomy in the baseball operations department before his firing late in the 2019 season. Following the World Series championship in 2018, Dombrowski signed World Series hero Nathan Eovaldi, who's undergone Tommy John surgery twice, to a four-year, $68 million contract and Chris Sale to a five-year, $145 million contract a year before he was scheduled to hit the open market. When asked if there was anything the team could have done to prevent the circumstances that led to the Betts trade, Henry kept his answer short.

"Yes," Henry said. "We could've signed him to a long-term contract, but short of that, I'm not sure what the answer is."

Boston made offers to Betts over three different offseasons. The last major offer was for 10 years and $300 million, which Betts reportedly countered by asking for 12 years and $420 million.

"We made legitimate offers over three offseasons," Henry said. "We made it clear to Mookie and I made it personally clear, one-on-one, that we wanted to see him in a Red Sox uniform for the rest of his career if possible."

The trade of Betts prompted backlash from fans, who are still steaming about the decision a week after the move to ship the right fielder to Los Angeles became official. Kennedy said ticket sales are down 15 percent versus where they were at this point in 2019.

The ownership group insisted that 2020 would not be a bridge year, with estimates for the new season's payroll clocking in around $190 million.

"Don't you think it would be a record payroll for a bridge year?" Henry said.

Henry on multiple occasions made a point to compare the trade of Betts to the 2004 mid-season trade of Nomar Garciaparra. There are differences, however. Betts is 27, in his prime, with little injury history. Garciaparra was 30 and had dealt with major injuries before his trade to the Chicago Cubs. And Betts, unlike Garciaparra in 2004, is a consensus Top-5 player in Major League Baseball.

"I know it's difficult and disappointing," Henry said. "Some of you no doubt felt the same way in 2004 when we traded Nomar, who like Mookie, was a hugely popular homegrown player. All of us in the organization hoped that we would never have to go through something like that again, but most clubs face similar dilemmas from time to time. I understand there's probably little I can say that will change how you feel about this, but it's my responsibility to try."

Ultimately, Boston says its future was best served with the return of outfielder Alex Verdugo, infield prospect Jeter Downs and catching prospect Connor Wong, believing that the financial flexibility presented by the trade of Betts and Price to the Dodgers presented the best long-term outcome for the organization, as opposed to taking the risk of keeping Betts through the 2020 season and losing him for a compensation draft pick.

"Today's players spend years in the minors and major leagues earning the right to be paid in a free market, earning the right to make choices. They made significant sacrifices to get there, and they deserve what they receive," Henry said. "Clubs also have choices to make in this economic system. It's a system that has a few imbalances as do all economic systems, but it's a system overall that has led to labor peace and an amazing market for our best players. It's not the system's fault that the Red Sox ended up in this position. We were faced with a difficult choice."
Report a correction or typo
Related topics:
sportsespnnewsboston red soxjd martinezalex verdugomlbmookie bettsnathan eovaldilos angeles dodgerschris saledavid pricechicago cubs
Copyright © 2020 ESPN Internet Ventures. All rights reserved.
More Videos
From CNN Newsource affiliates
TOP STORIES