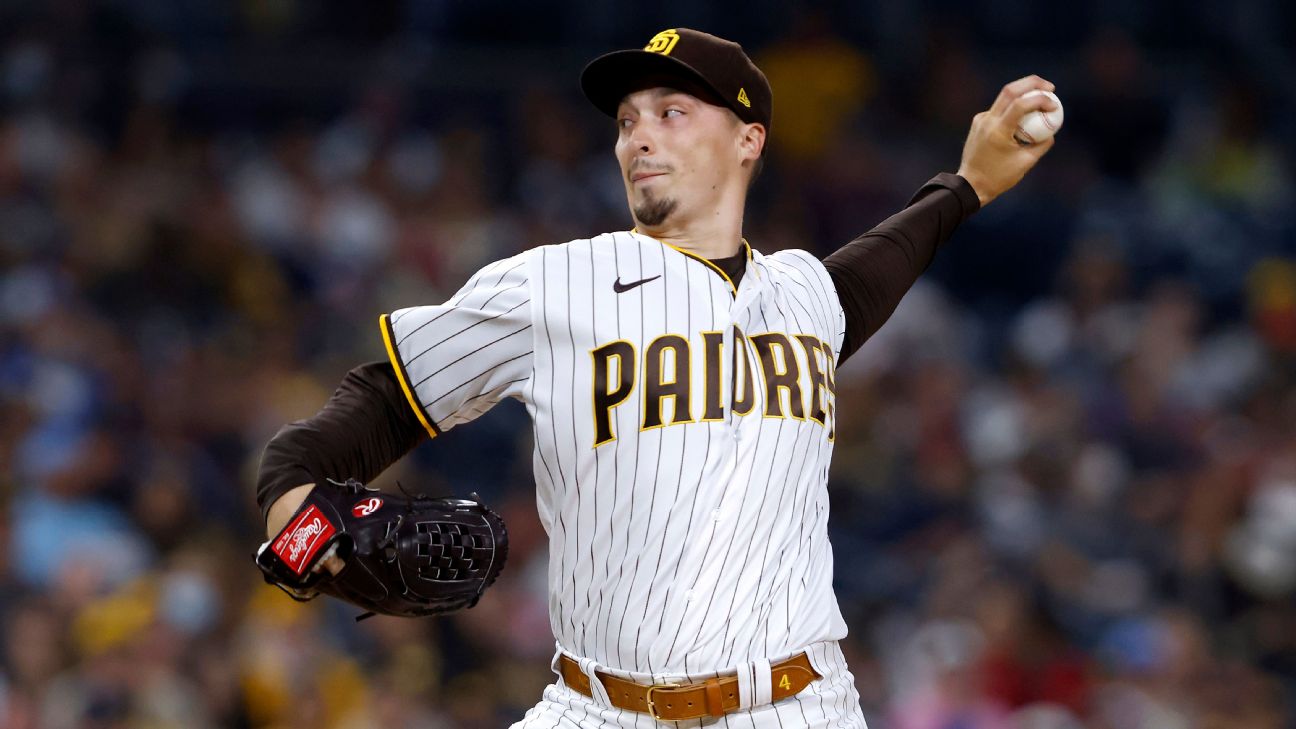 
Snell, 28, injured his groin in the first inning of Sunday's 8-0 loss to the Los Angeles Dodgers. After retiring his first two batters, Snell was facing Trea Turner when he suddenly left the mound with a 2-1 count. He was removed from the game and limped slightly as he walked off the field.


Velasquez, who was released by the Philadelphia Phillies on Tuesday, is expected to be added to San Diego's active 28-man roster this weekend in St. Louis and make a start during the three-game series against the Cardinals, the Padres said.