Team of the Week: Hanford Bullpups 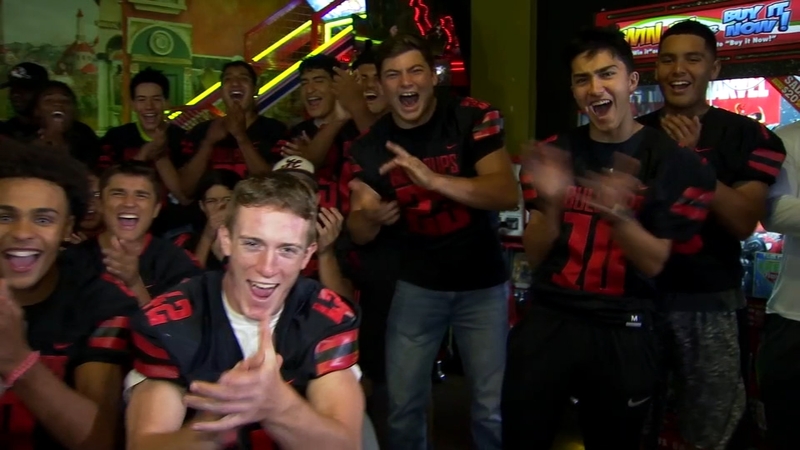 Team of the Week: Hanford Bullpups

HANFORD, Calif. (KFSN) -- The Hanford Bullpups are the only remaining unbeaten team in the West Yosemite League and average 50 points a game.

"There's good camaraderie with the group, a lot of seniors a lot of senior leadership. They kind of change things halfway through the summer and we haven't looked back since then. They're a special group of guys," said head coach Josh Young.

Hanford carries 31 seniors this year and took sole possession of their league last Friday night when they defeated Redwood 36-20. The Bullpups offense runs through senior quarterback Juaron Watts-Brown who is a Texas Tech Baseball commit.

"Our offense works hard every practice, we have a great offensive coordinator, great offensive line, receivers and running backs so it all molds together," Watts-Brown said.

Their defense has been a nightmare for their opponents giving up fewer than 13 points a game.

"Guys are doing their jobs and putting themselves in positions to make plays. When the other offense is moving the ball, we're able to bare neck a little bit in the red zone and come away with some good stops. That's always helpful against strong teams we've been playing," Young said.

Hanford won a state title in 2015 but that year suffered a loss in their season finale. The Bullpups are two wins away from their first 10-0 start since 1974.

What would that mean for the team?

"Everything honestly, we'd be the first team in a long time to do that. To do it with my best friends it would be great. We've talked about it since freshman year, so that's something we want to do," Watts-Brown said.