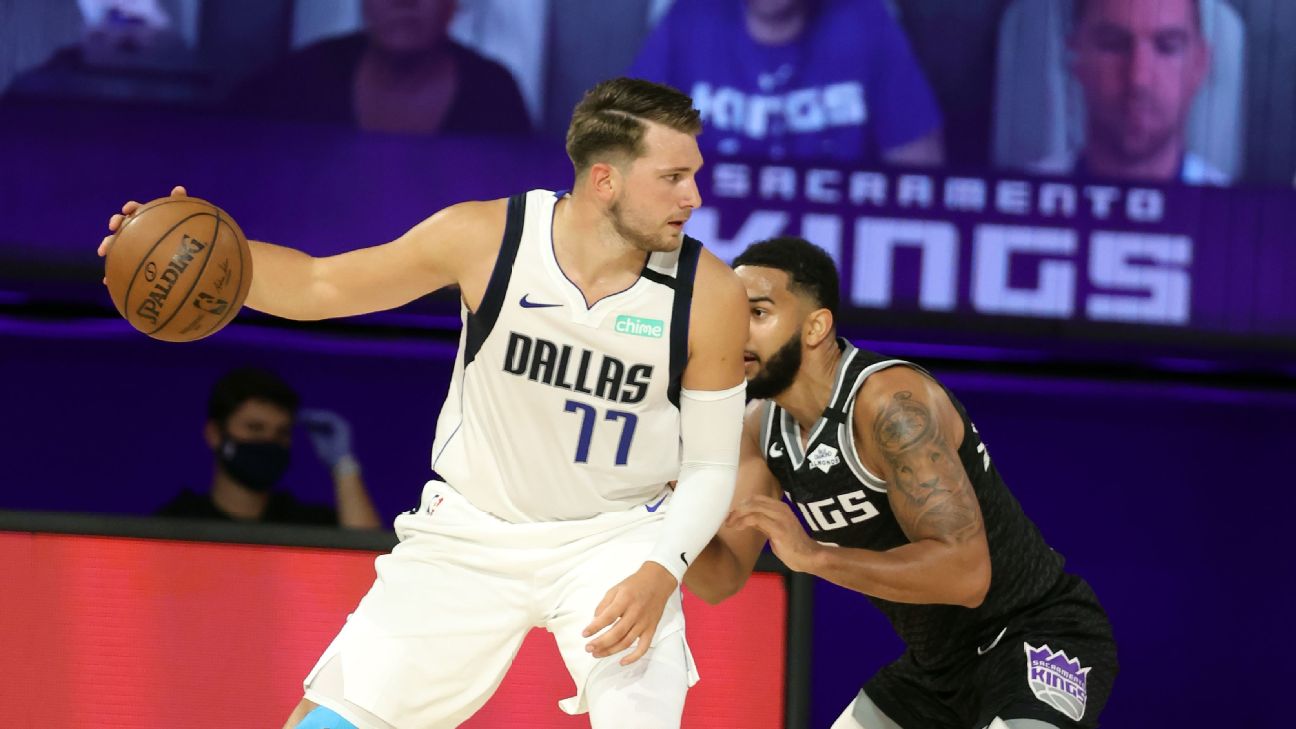 The Dallas Mavericks truly enjoyed the early stages in the NBA's bubble community, starting with a bass-thumping dance party on their Walt Disney World Resort hotel balconies while quarantined and continuing with playfully intense pickleball and Spikeball competitions.

Once the basketball games that counted began, the fun skidded to a halt for the Mavs in Lake Buena Vista, Florida.


Actually, they had a pretty good time for the first 47 minutes, 15 seconds, as the Mavs lit up the Houston Rockets for most of the restart opener and had a seven-point lead with 45 seconds remaining in regulation. But that lead disintegrated, and soon, so did Dallas' realistic hopes of moving up from seventh place in the Western Conference standings.

The Mavs followed up that gut-wrenching overtime loss by blowing a 13-point halftime lead to the Phoenix Suns, who, despite an undefeated run so far in the bubble, remain a long shot to stick around for the playoffs. It marked the 13th time this season (and second in the restart) that the Mavs lost despite building a double-digit lead, matching the most in the league.

The Mavs managed to avoid that issue in Tuesday's matinee against the Sacramento Kings by trailing the vast majority of the game. Dallas was in serious danger of establishing itself as the biggest bubble disappointment when the Mavs trailed the Kings by six points with five minutes remaining.

Ugly as it might have been, the Mavs consider the 114-110 comeback win they pulled out in overtime worth celebrating.

"We got this win, and we needed that," said Mavericks point guard Luka Doncic, who had 34 points, 20 rebounds and 12 assists, recording the fourth 30-20-10 triple-double since the NBA-ABA merger, according to Elias Sports Bureau research.

"I think we played one of the worst games ever and we won. We didn't play good, and we still hung in there and helped each other and never gave up. I'm proud of the win."

Mavs coach Rick Carlisle referred to the victory as "a guts win." He was giddy that Dallas strung together defensive stops over the final five minutes of regulation, holding the Kings scoreless during that span, to force overtime.


"We grinded, man. We grinded," said Mavs shooting guard Tim Hardaway Jr., who bounced back from a 1-of-12 dud in Dallas' loss to the Suns by scoring 22 points against the Kings. "That huddle in every timeout stayed tight. It was tight-knit and showed that everybody cared."

Carlisle certainly didn't want to worry about style points after the Mavs escaped what would have been their first three-game losing streak of the season by squeaking out a win despite going 9-for-41 from 3-point range.

"Their collective will to win a game was as strong as we've seen all year," Carlisle said. "We've had a lot of really good wins, but this was really special, because we were up against it all night."

The Mavs generated some pre-bubble discussion about being a dark-horse contender because, with sophomore superstar Doncic behind the wheel, they've been more efficient than any offense in NBA history. That talk has been hushed, as the Mavs are extremely likely to face the LA Clippers in the first round.

The first week of the NBA's restart has served as a reminder that the Mavs are a young team -- built around a couple of franchise cornerstones in Doncic and Kristaps Porzingis, who are 21 and 25, respectively -- that must endure growing pains.

After all, the two Mavs players with the most extensive playoff experience won't be on the floor much, if at all, during Dallas' stay at Walt Disney World. J.J. Barea, a key role player in the Mavs' title run almost a decade ago, was a DNP-CD (did not play -- coach's decision) in the first two restart games before getting a spot start against the Kings with Seth Curry sitting out due to leg soreness. Courtney Lee is solely a cheerleader the rest of the season after suffering a season-ending calf injury during the hiatus.


Dallas' most obvious wart -- that historically elite offense crumbling in crunch time, ranking 29th in clutch efficiency -- was on full display during the Mavs' meltdown against the veteran Rockets. Hence their league-worst 2-10 record in games decided by three or fewer points.

These are the kind of issues that shouldn't be surprising for a team that relies so heavily on young stars, no matter how talented or, in Doncic's case, their international championship experience. They are also the kind of issues that prevent a talented team from emerging as a serious threat to favorites who feature multitime Finals MVPs, such as LeBron James' Los Angeles Lakers or Kawhi Leonard's Clippers.

But this season has always been about the bigger picture for the Mavs, about laying the framework for an extended window as a legitimate contender. The primary goals -- ending a three-year playoff drought and establishing chemistry between Doncic and Porzingis -- have been accomplished.

There will be roster tinkering in offseasons to come, but experience is the major missing ingredient for the Mavs. That's why the rest of the seeding schedule matters, even though they already know their likely first-round foe. This is a team in the early stages of learning how to win, which is why they deemed their ugly duckling of a comeback against the Kings worth celebrating.

"We're going to try to get ourselves ready to play in the playoffs, but we do want to win games here," Carlisle said. "We feel it's really important to do that." 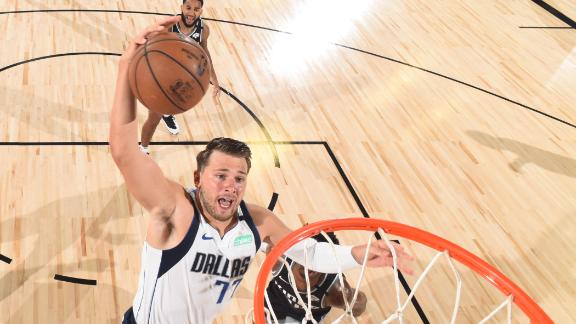 Doncic makes history with monstrous 34-20-12 triple-double
Luka Doncic becomes the youngest player in NBA history with a 30-20-10 triple-double, tallying 34 points, 20 rebounds and 12 assists to lead the Mavericks to their first bubble win vs. the Kings. 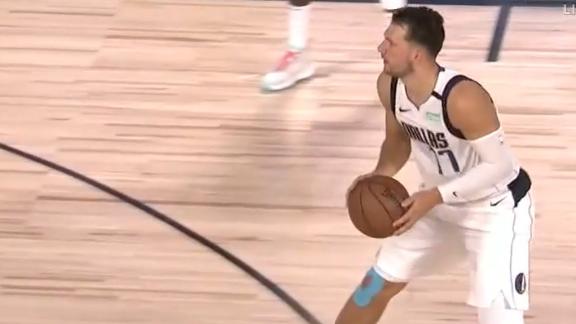