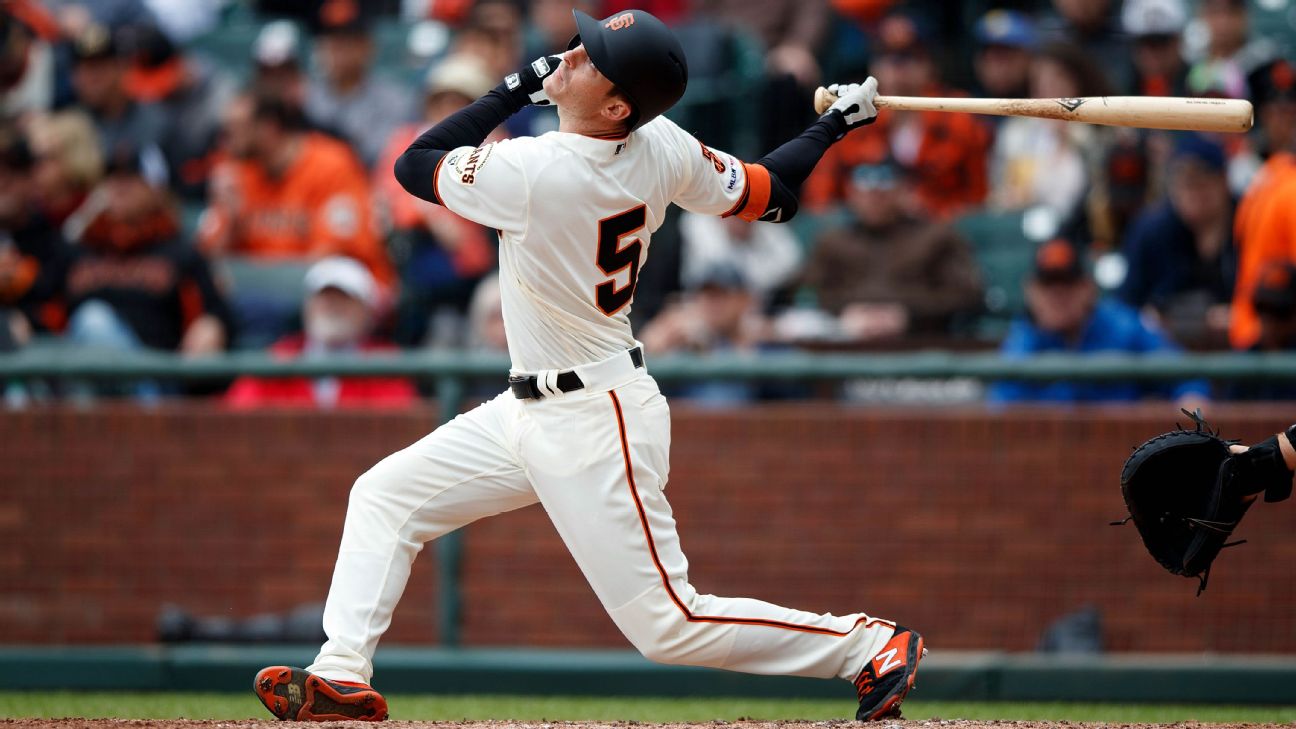 The San Francisco Giants rookie outfielder singled to left in the second inning Sunday against the Arizona Diamondbacks but was thrown out after rounding the base too far.

"It's not really how you draw it up in your mind before it happens, but you'll take them any way they come, never complain about a hit,"Yastrzemski said afterthe Giants' 6-2 loss.

He made his major league debut on Saturday for the Giants after more than six years in the minor leagues. He went 0-for-3 with two strikeouts and a run scored in a 10-4 loss to the Diamondbacks.

He started in left field on both Saturday and Sunday.

Yastrzemski, 28, was traded to the Giants in March by the Baltimore Orioles, with whom he made his first big league spring training this year.

He said Sunday his famous grandfather helped teach him lessons as a kid that he still uses to this day.

"Yeah, we worked for a long time when I was growing up, and kinda just keep that stuff pretty close to heart when being at the plate, and understanding that he did it for a really long time, and he's got some good advice for it,"Yastrzemski said. 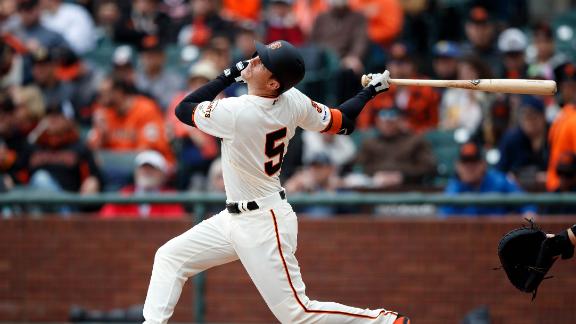 Mike Yastrzemski gets first-career hit
Mike Yastrzemski singles and gets thrown out after rounding first base too far in the second inning but redeems himself with a single in the fifth as his family cheers him on.
Report a correction or typo
Related topics:
sportsespnmike yastrzemskimlbsan francisco giants
Copyright © 2020 ESPN Internet Ventures. All rights reserved.
More Videos
From CNN Newsource affiliates
TOP STORIES