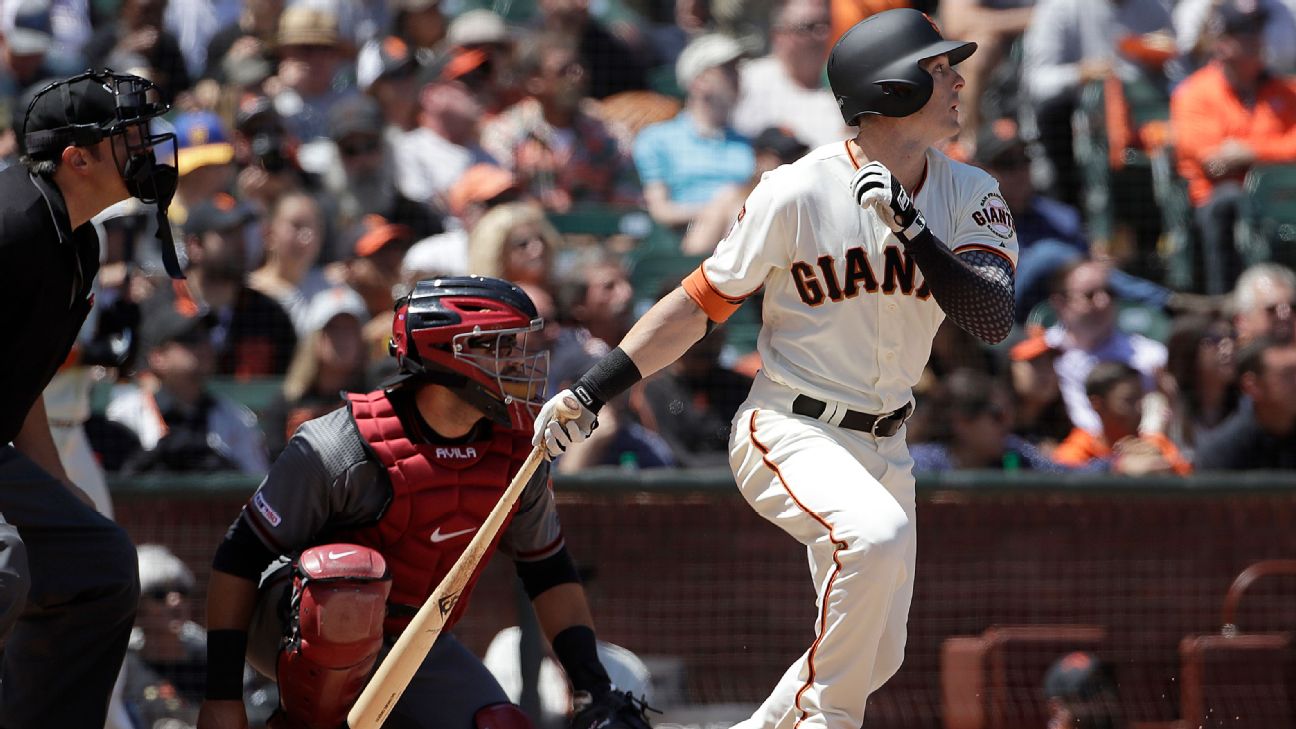 ESPN
After more than six years in the minor leagues, Mike Yastrzemski -- the grandson of Hall of Famer Carl Yastrzemski -- made his major league debut Saturday after being called up for the first time.

Yastrzemski started in left field for the San Francisco Giants and went 0-for-3 with two strikeouts and a run scored in a 10-4 loss to the visiting Arizona Diamondbacks.

"It's something you dream about your whole life,'' Yastrzemski said. "It was surreal and awesome.''

Yastrzemski, 28, was traded to the Giants in March by the Baltimore Orioles, with whom he made his first big league spring training this year.

Drafted by the Orioles in 2013, Yastrzemski rose quickly in the organization before his career stalled. Three years after he was drafted, he was playing for Triple-A Norfolk, but then he split time between Norfolk and Double-A Bowie, never making the leap to the majors.

"It's all a learning experience," Yastrzemski said in March, prior to the trade. "Everybody's got their own path to get where they want to go. Whatever path that is for me, I'm fine with it. As long as you see some light at the end of the tunnel and you put everything into it, it's rewarding in that sense."

In 703 games in the minors spanning seven seasons, Yastrzemski has a .263 average but has never hit more than 15 home runs or had more than 75 RBIs. He was hitting .316 with 12 home runs and 25 RBIs for Triple-A Sacramento this season.

His grandfather, 79-year-old Carl Yastrzemski, spent all 23 years of his major league career with the Boston Red Sox and retired having played the most games (3,308) of any player in major league history to that point. He was an 18-time All-Star and seven-time Gold Glove winner, and he won the Triple Crown in 1967, when he helped lead the "Impossible Dream" Red Sox to a World Series appearance.

To make room on the roster, the Giants designated outfielder Mac Williamson for assignment. Williamson was hitting .118 in 15 games this season.

The Giants have also placed right-hander Trevor Gott on the 10-day injured list with a right forearm strain and recalled righty Dereck Rodriguez from Sacramento. 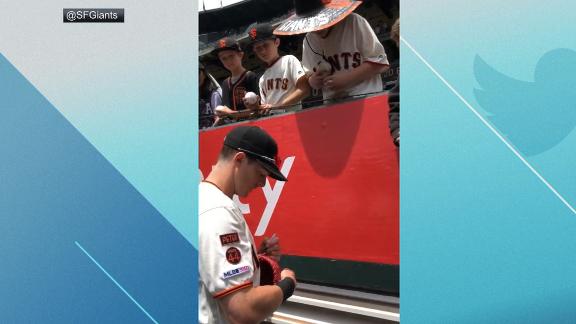