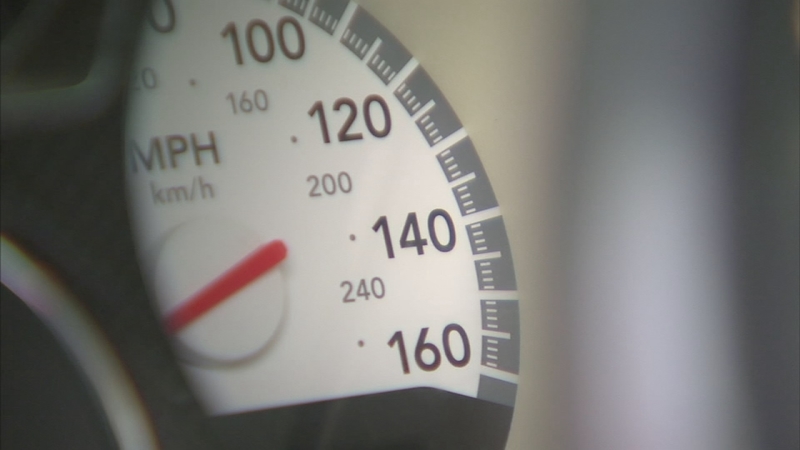 FRESNO, Calif. -- The need for speed may come at a stiff price for street racers in the Central Valley. Officers are getting specialized training in spotting cars, trucks, and motorcycles with illegal modifications. The new approach that will force some to 'pay to play.'

Spinning tires, revving engines and slamming on the gas, it's the adrenaline rush Ruben Pita is down for most anytime.

"Somebody can call each other out on a Wednesday and it happens then and there," said Ruben Pita, street racer.

The desire for torque has speed demons pumping thousands into their cars and trucks to make them stronger and faster.

Officers across the Central Valley are heading back to school to stop a problem that's decades old.

One racer, who preferred to remain incognito, says it's just as important for his car to be camouflaged in a crowd.

"Standout. Well, you really don't want it to stand out. But sometimes it's hard not to," he said.

"The challenge we face is these guys use texting and social media to set up their locations and sometimes they listen to scanners and here us coming on the radio. We understand all that. It makes it difficult to combat in the moment," said Burke Farrah, Fresno Police Department.

Evidence of sideshows and street racing isn't hard to find in the Central Valley. It's a decades-old but a dangerous hobby. But now officers aren't focusing specifically on breaking up these street races. They're trying to find street racers in their everyday lives.

"We're going to start taking those vehicles off the road on a Tuesday morning," said Farrah.

The change in tactics has officers from around the Central Valley heading back to the classroom for a lesson in car mechanics.

"We give them the tools they need to find out what's wrong with the vehicles and get them the tools that they need to have them show these individuals how they have to correct these modifications on their vehicles, which basically says it's not worth it," said Sgt. Adam Rodriguez, California Highway Patrol.

"I'm all for fast cars and everything. Just build them right and take them out where it's legal for you to run them," said Jose Valencia, Velocity Automotive.

Valencia believes the best way to race is through paid and organized events in controlled environments.

There's everybody there. There's ambulances there just in case anything does happen to go bad. Everything is there provided."

But for some, legal and planned races don't seem to compare to the thrill of shutting down an intersection or flying down the freeway. Even some racers admit it's a real risk.

"It's reckless and it's irresponsible, obviously. Innocent people can get hurt," said Pita.

The widespread issue has prompted the Fresno Police Department to add traffic officers on nights and weekends. A big problem recently is on one of the busiest streets in town.

"Herndon Avenue after hours is six lanes of brand new pavement it's very clean and we can just hear the vehicles racing out there constantly," said Farrah.

Lately, word on the whistleblower or state referee is spreading among racers. The cost for the speed fix could be way more than the original investment in fines and impound fees.

"We will start taking these vehicles off the road when we do that it's going to cost the owners several thousands of dollars and I'm not apologizing for that," said Farrah.