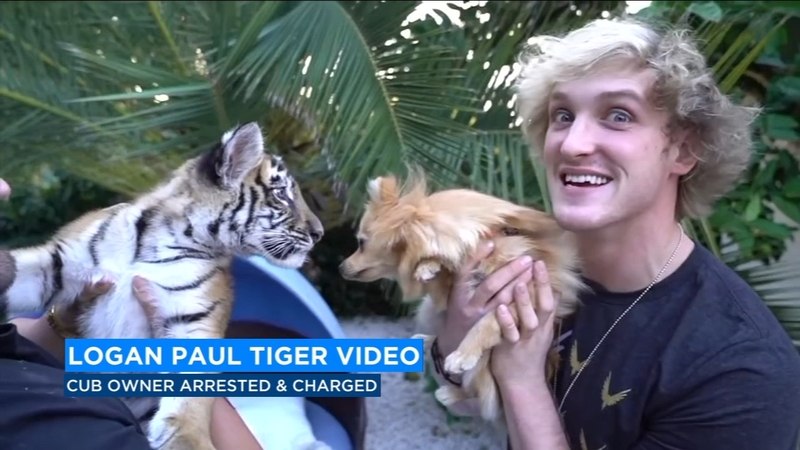 Nicholas Perkins, 32, is set to be arraigned next week.

Prosecutors said the tiger cub was seized from his home and placed in a rescue facility, where it's made a full recovery.

California Department of Fish and Wildlife officials received a tip after the cub appeared on social media posts and a YouTube video with Logan Paul. A search of the suspect's home found evidence of poor living conditions for the animal, prosecutors said.

Perkins could face up to two years and six months in jail and $4,000 in fines if convicted. He is charged with four criminal counts including two counts of illegal possession of a tiger, mistreatment of a tiger and possession of anabolic steroids.

The Los Angeles County District Attorney said exotic animals are not pets and do not belong inside homes, and can be very dangerous.