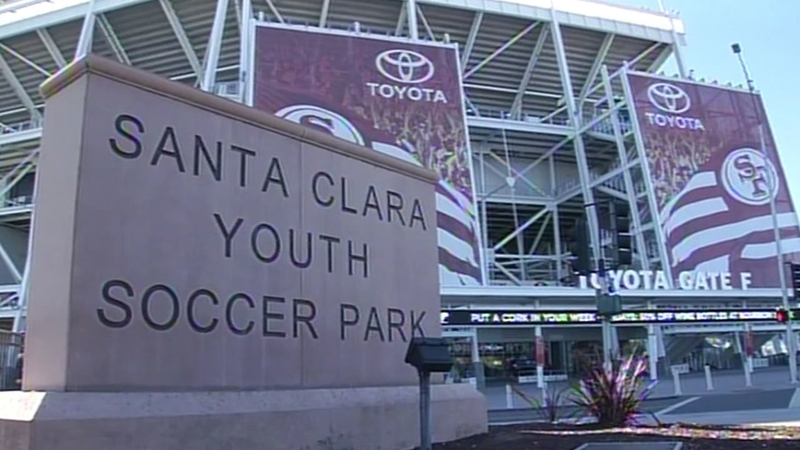 SANTA CLARA, Calif. -- A legal showdown between a youth soccer league and the city of Santa Clara that was expected on Thursday has been postponed.

The battle is over the soccer park next to Levi's Stadium that's being taken over for Super Bowl 50, but the clock is ticking because the NFL is taking possession of the field on Monday.

The field was part of the deal that brought the Super Bowl to the Bay Area, but it is doubtful right now if on Monday the NFL will do anything with the field in preparation for the big game because of a legal battle involving the youth soccer league, even though they have a signed deal.

The battle over the soccer field has become an important civics lesson for 8-year-old Micah Robinson who plays there. He insisted his mother take him to see the attorneys face off in court.

However, there was no hearing. Superior Court Judge Joseph Huber turned down a motion for a temporary restraining order. That would have stopped the city of Santa Clara from turning over the keys to the field that sits feet away from Levi's Stadium, site of Super Bowl 50. The field is to be used for security, media and production.

The judge will hold a full-dress hearing next Wednesday for a preliminary injunction.

"The one thing that judges want is time to think about a case, especially when there are very big consequences to it," soccer league attorney Gautam Dutta said.

The judge says he hopes the NFL won't do anything with the field until next week's hearing. An NFL spokesman told us, "The fields... will be covered by Teraplast plastic fabrication to avoid any direct load on the surface. There is no digging or paving on the playing fields."

"The rest of the fields in Santa Clara aren't as adequate, and they're unsafe. The soccer field provides us with a safe field," 16-year-old Irina Quibelan said.

The NFL and San Francisco 49ers have promised to replace the grass fields.